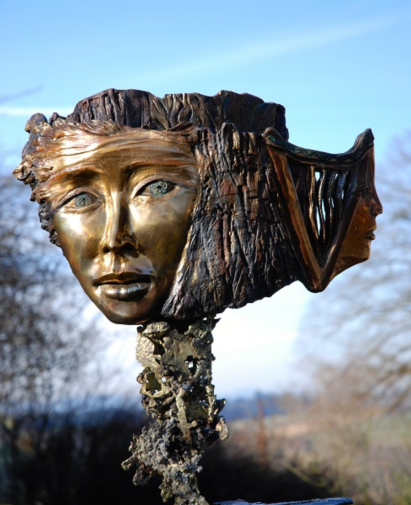 The public voting phase of the Carl Orff Competition concluded yesterday.  Now I guess the public ratings of the 115 entries are being weighted and tabulated to determine five finalists.  Five more finalists will be chosen by a select jury.  Sometime in June, we are told, the ten finalists will be announced.

Also yesterday I received this email from a friend, Kevin Jillette, which I thought included some astute and well formulated comments about the competition and Rilke (the bold facing and underlining is Kevin’s):

Just wanted to let you know that I managed to hear and vote for your Orff Competition entry, along with about 19 others. The whole thing is pretty compelling: I’m fascinated not only by the range of inspiration and imagination on display, but also by the fact of the competition having so many entries! I found myself wondering about these composers’ back-stories — beyond what the brief bios revealed — and wanting to know why they decided to enter the competition.

And then there’s the music, of course. In the pile of entries I heard there were some attractive, precious and semi-precious stones; a handful of handsome and perfectly acceptable paste numbers; a couple of clinkers; and a few real gems. Your composition is in that last category.

One aspect of Rilke that I’ve always enjoyed — even when at his most inscrutable — is the distinctive mood/breath his poetry exhales. It’s like the atmosphere of a peculiar world from which his works have arrived, wherein one encounters seeming paradoxes like elegant primitivism or elegiac energy. Your song is a inspired setting of Rilke’s text, and (IMHO) it makes marvelous, imaginative use of the stipulated materials. But beyond that, through some kind of alchemy, you’ve also managed to capture and convey that mood. Which is why — to me — your piece wins.

Thanks Kevin, and thank you for permitting me sharing your thoughts.

You can listen to and follow the score of “Orpheus. Eurydike. Hermes” below: 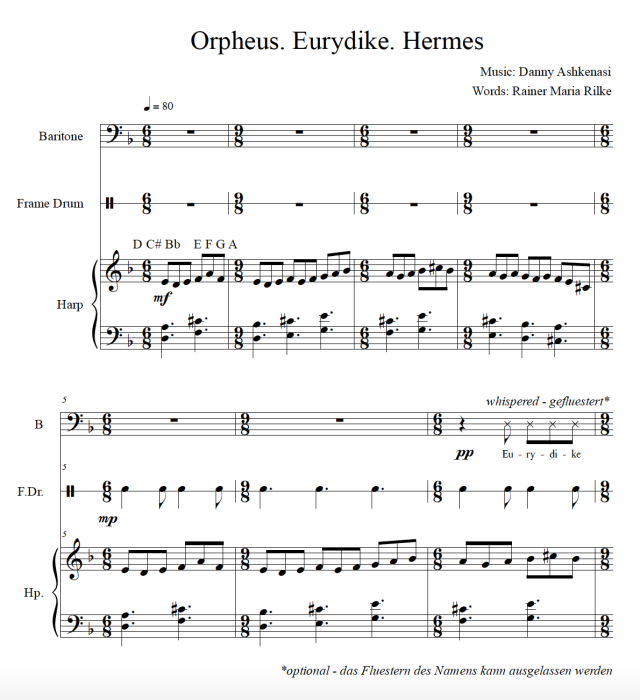 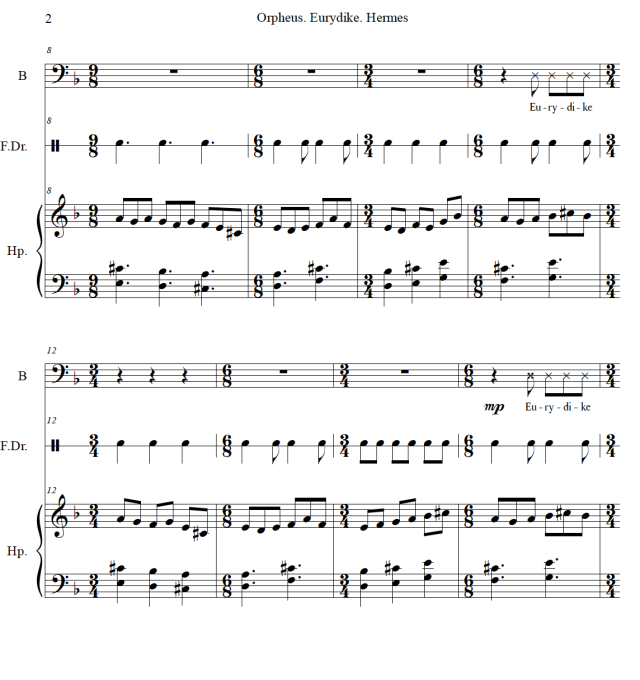 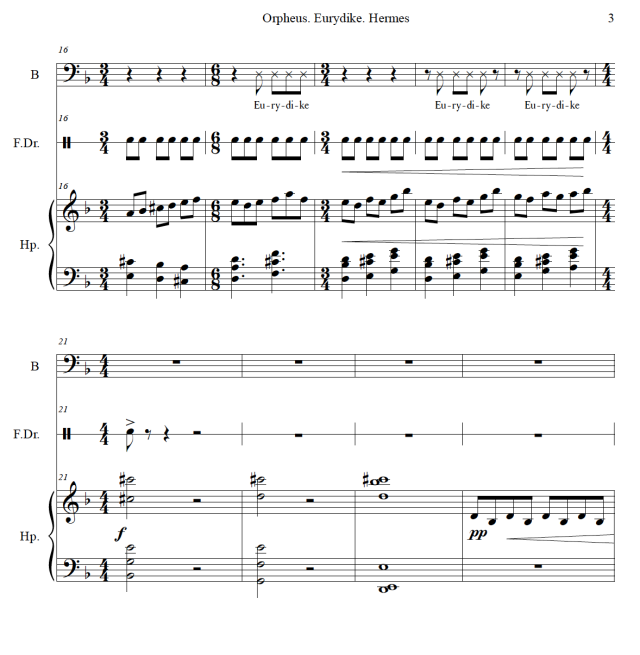 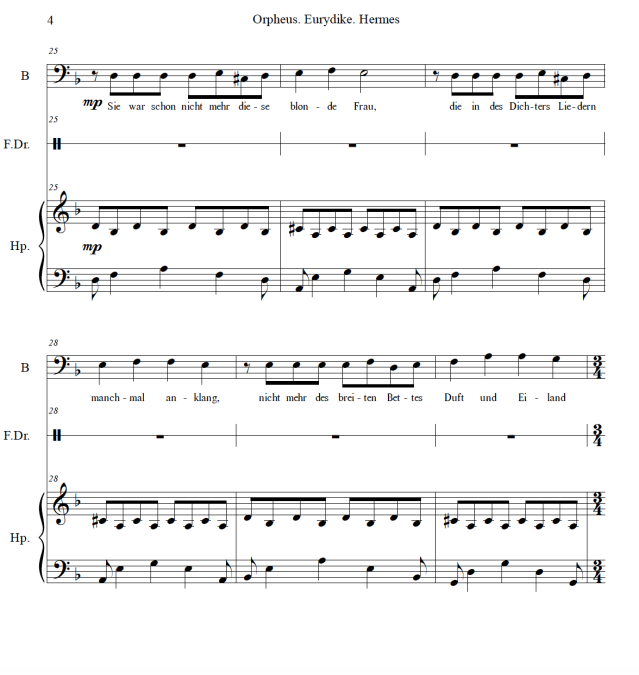 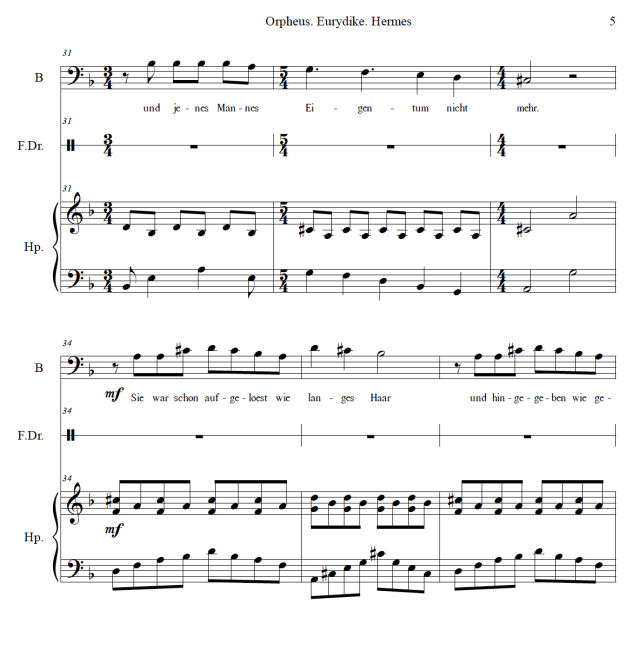 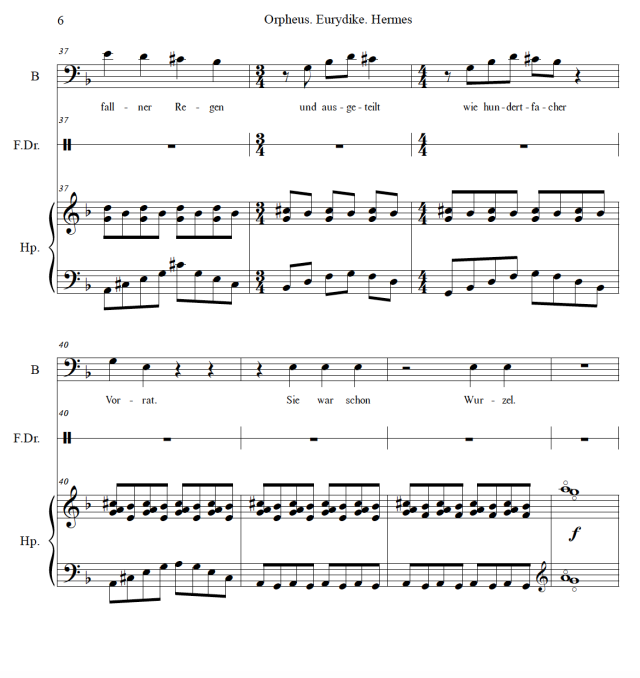 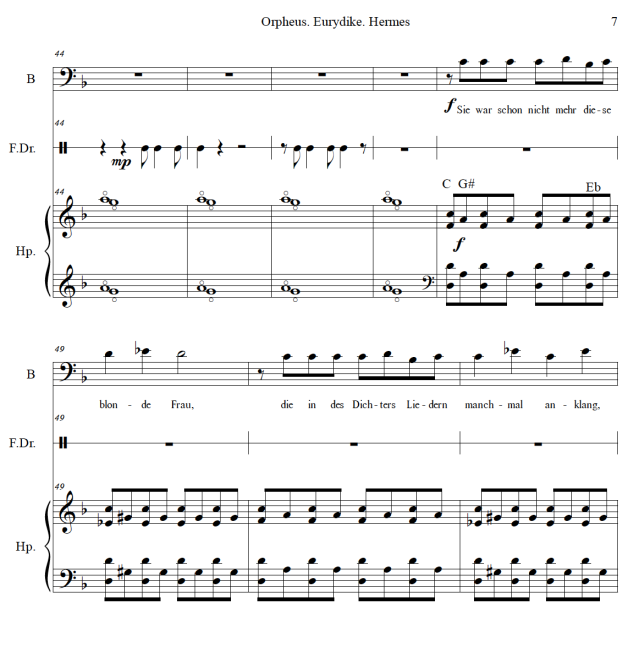 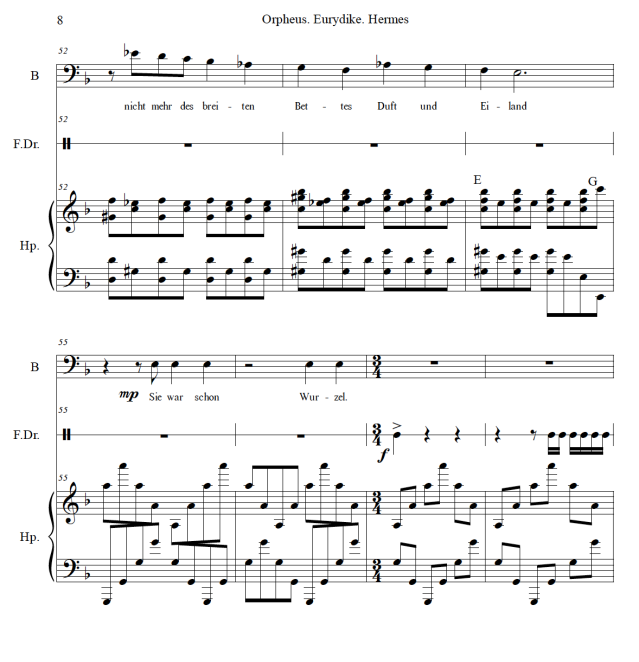 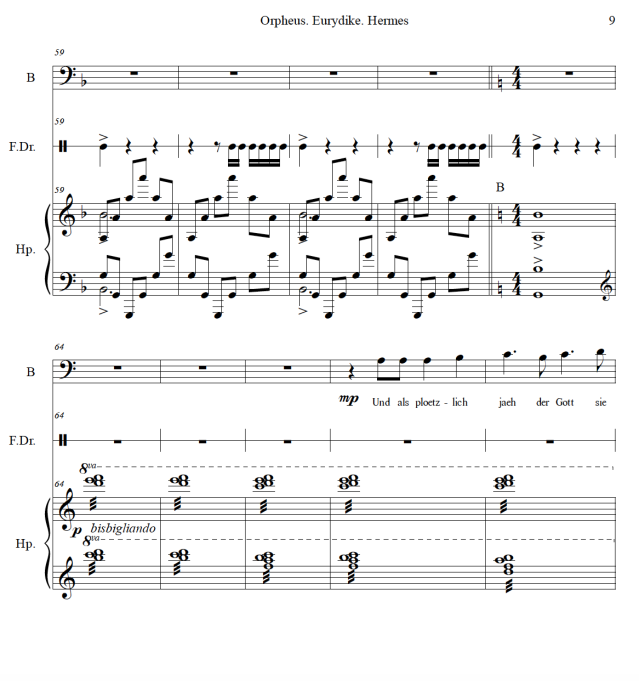 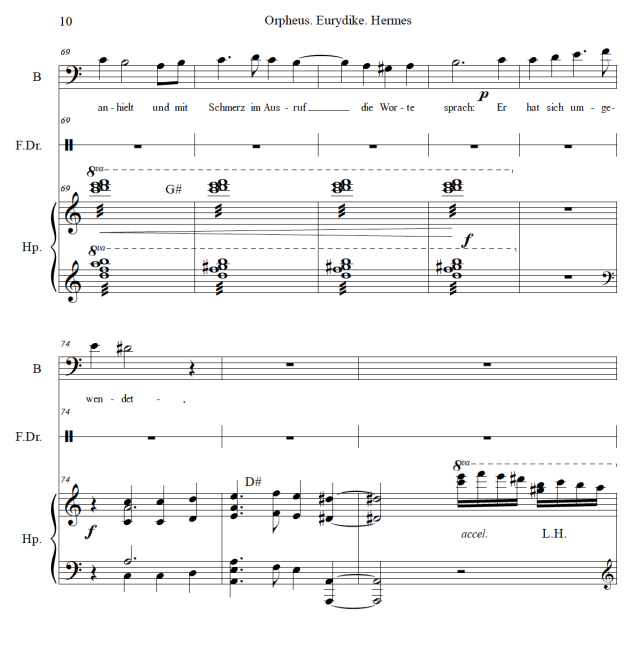 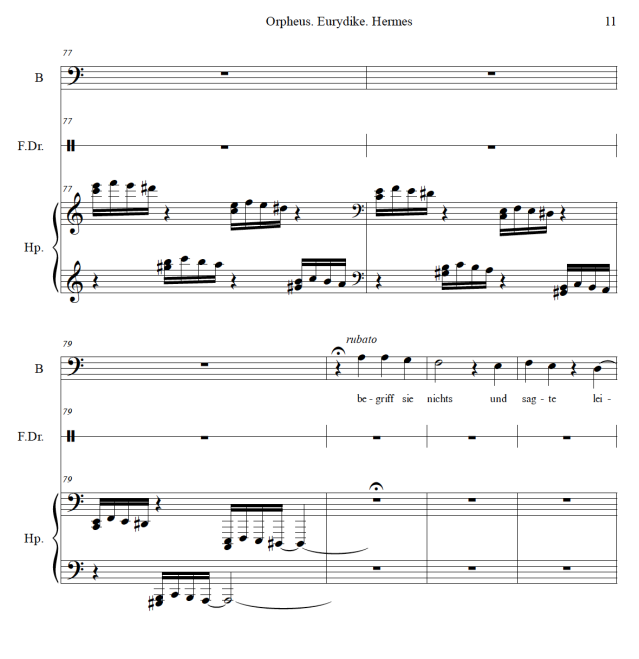 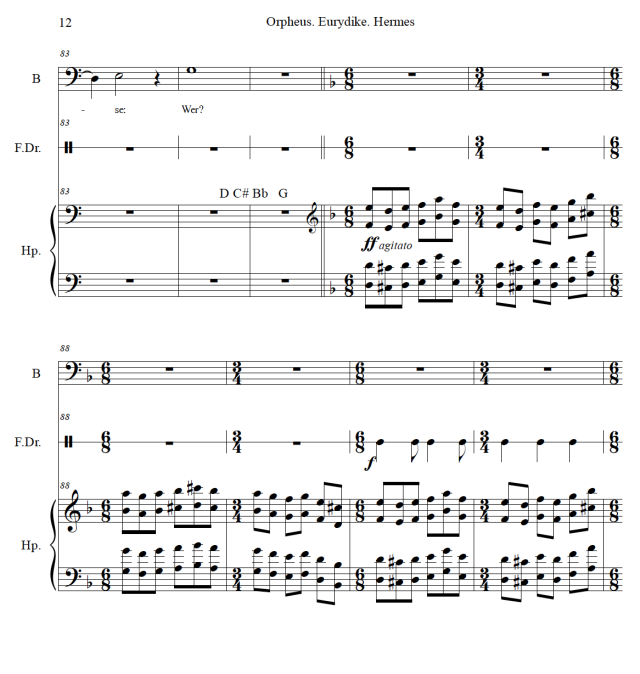 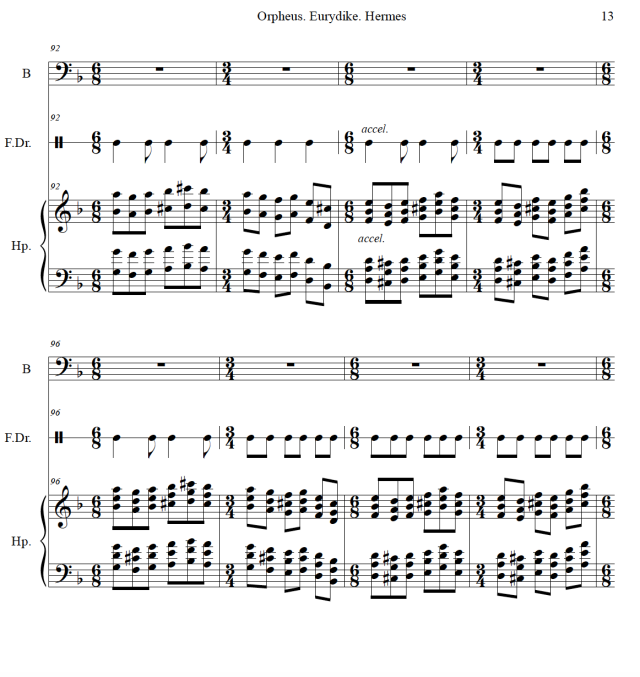 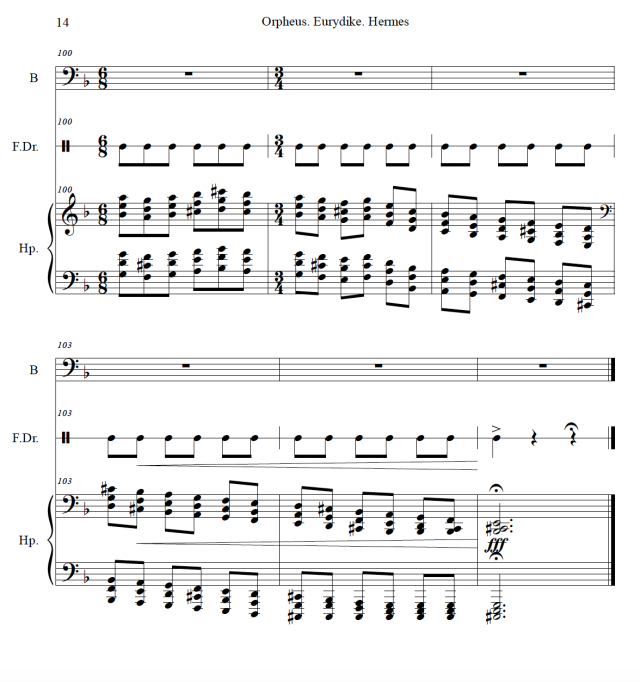