Posted on February 8, 2020 by dannyashkenasi 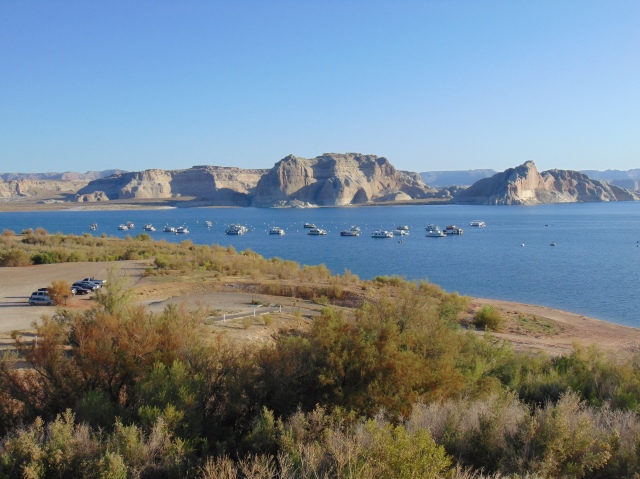 A Day Trip on Lake Powell to Rainbow Bridge 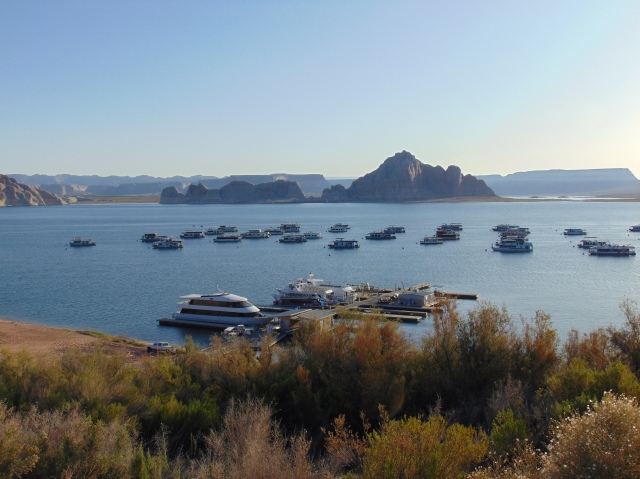 Lake Powell is a manmade lake, created by the Glen Canyon Dam at the Arizona side and mostly snaking deep into Southern Utah, filling the canyons carved out by the Colorado River.

To get to our boat trip we arrive at the marina by Page, Arizona, just north of the dam. 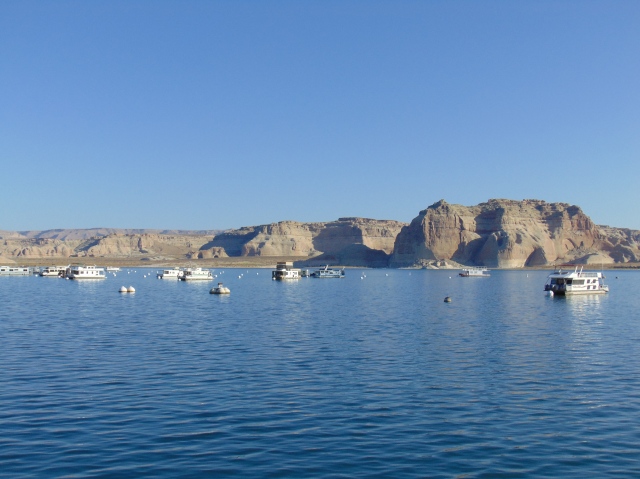 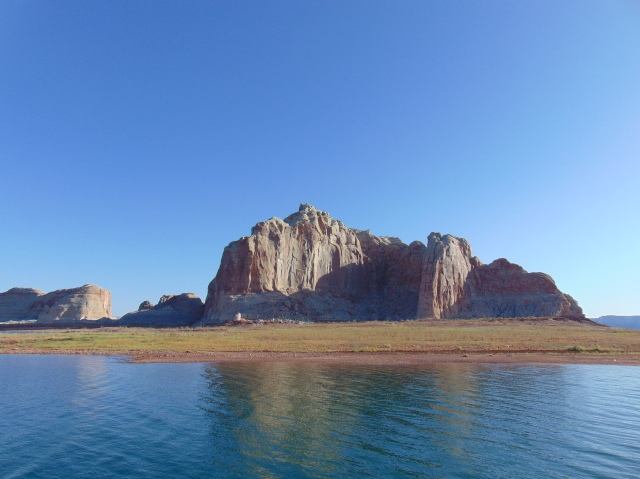 This is the part of the lake we travelled over three hours to get to Rainbow Bridge National Monument. 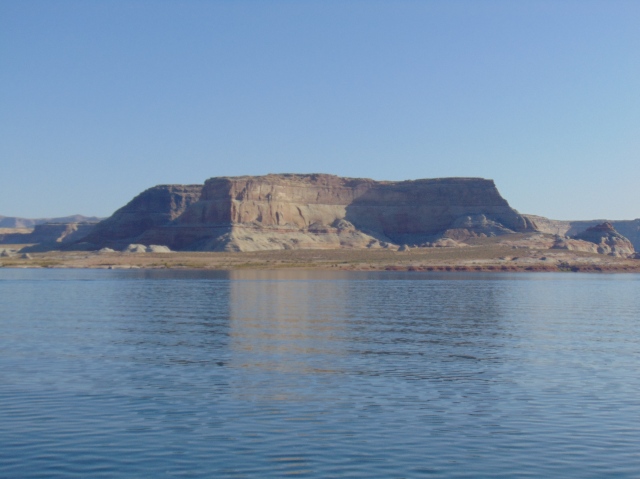 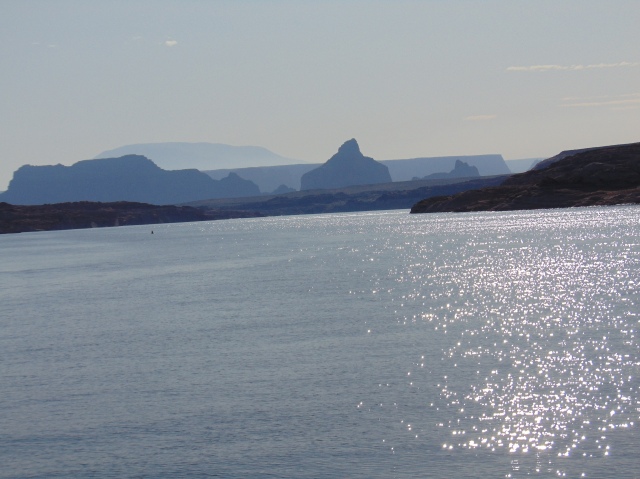 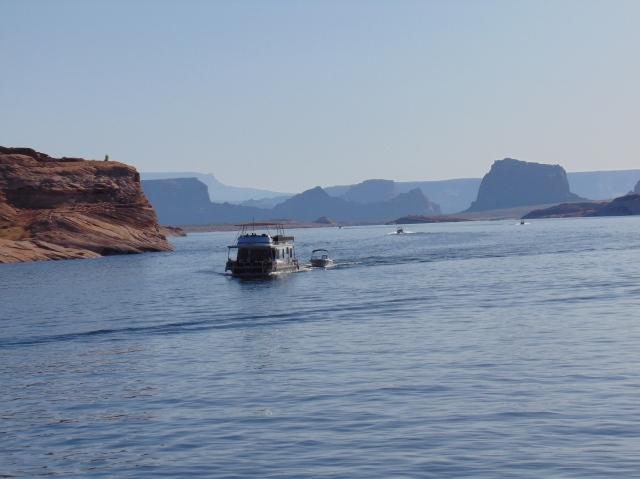 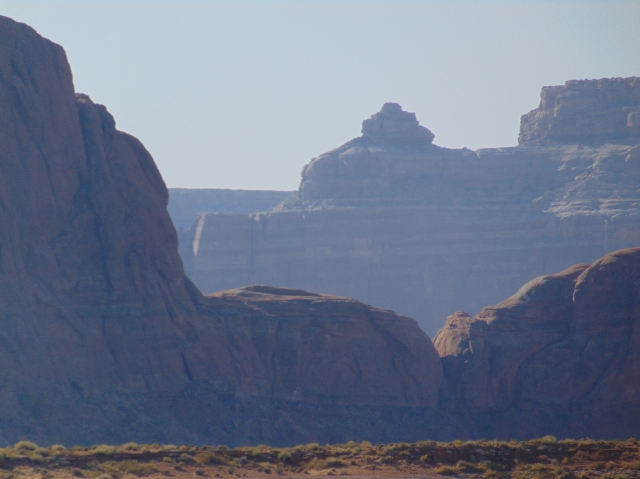 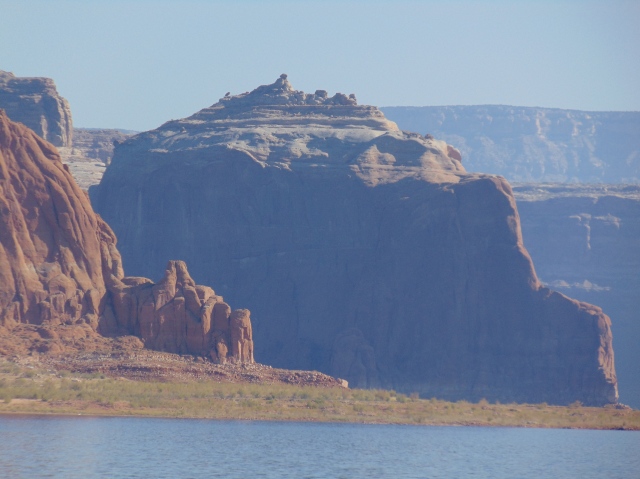 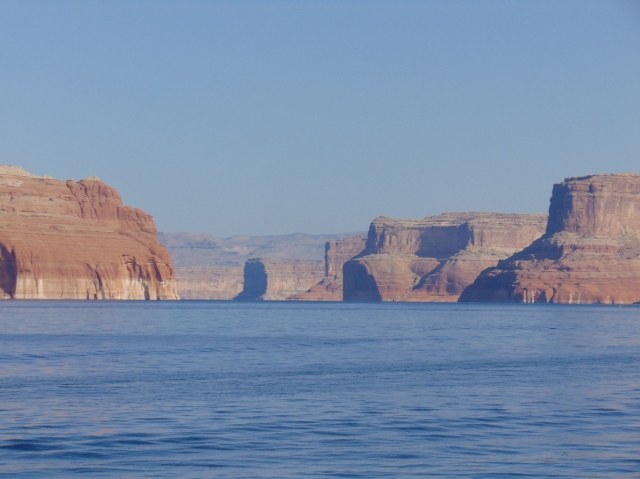 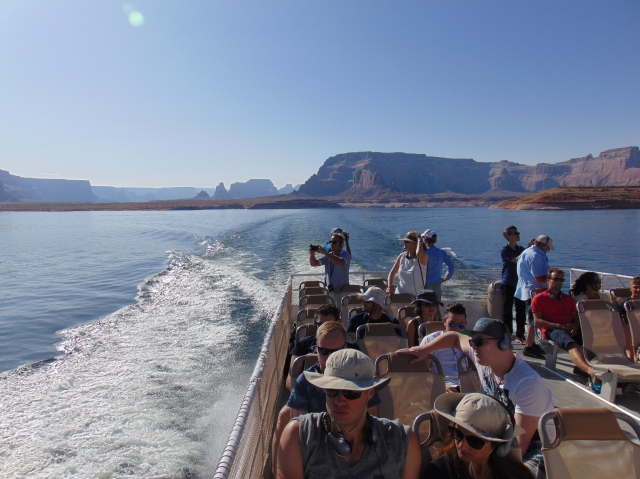 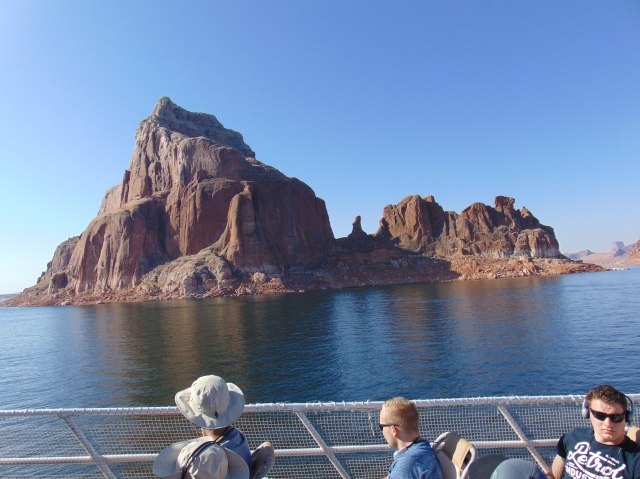 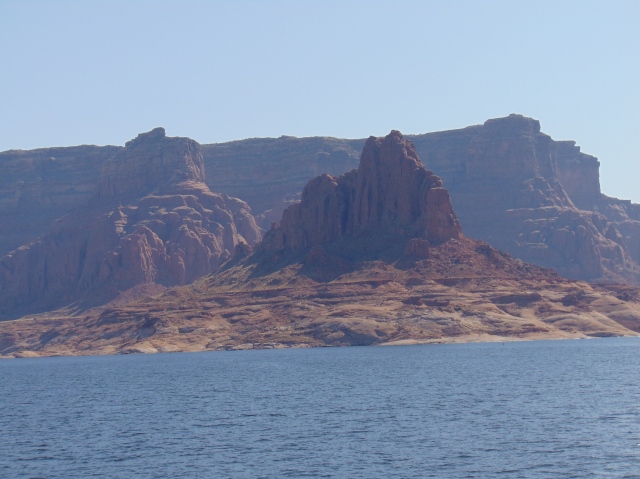 After over two hours we turned into the channel that would lead us to Rainbow Bridge. 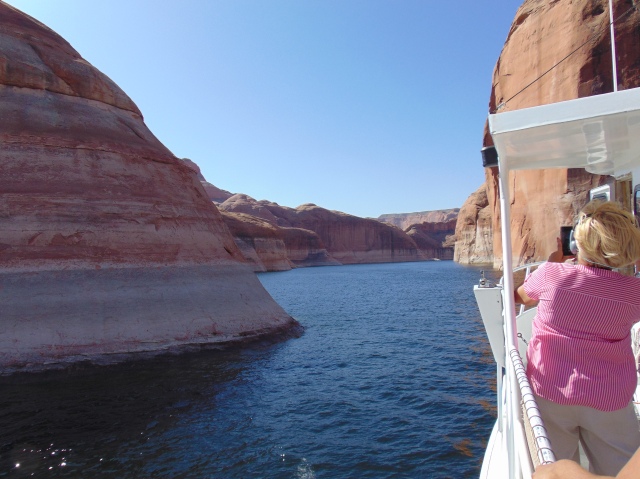 The whitened part of the rocks shows the lake’s highest water mark.  Just like at Hoover Dam, water levels are lower than they used to be. 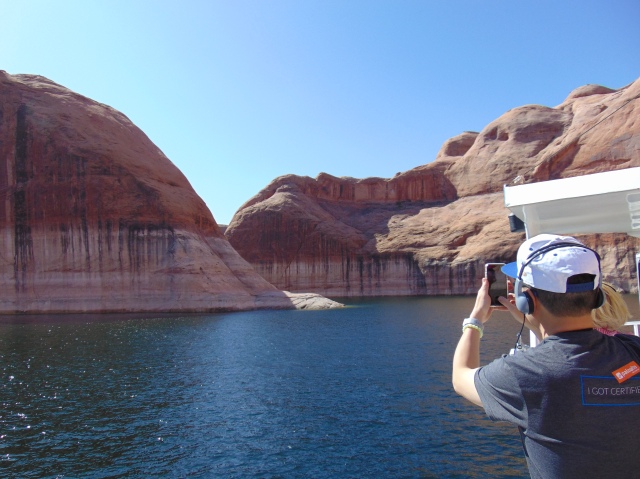 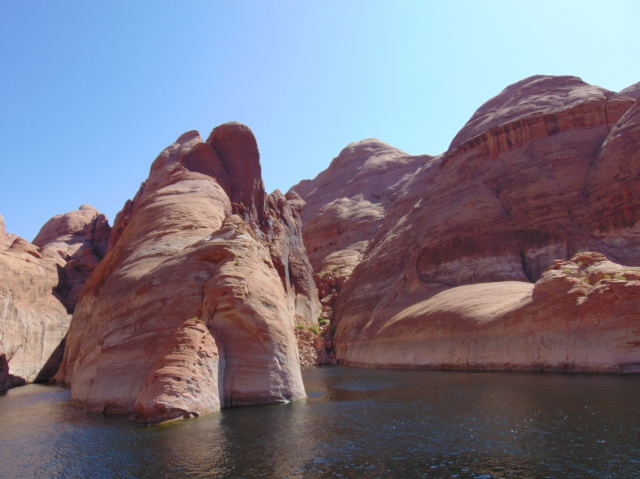 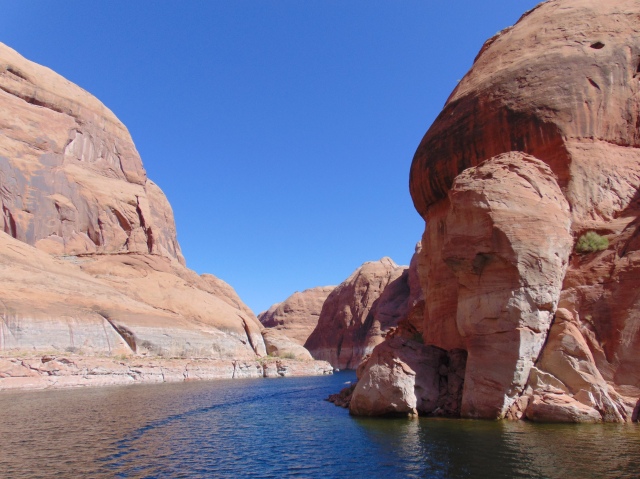 We docked at the the wharf by Rainbow Bridge. 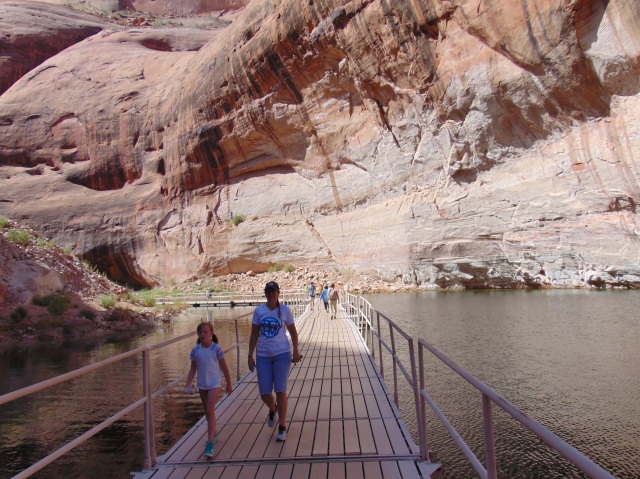 Our first glimpse of Rainbow Bridge. 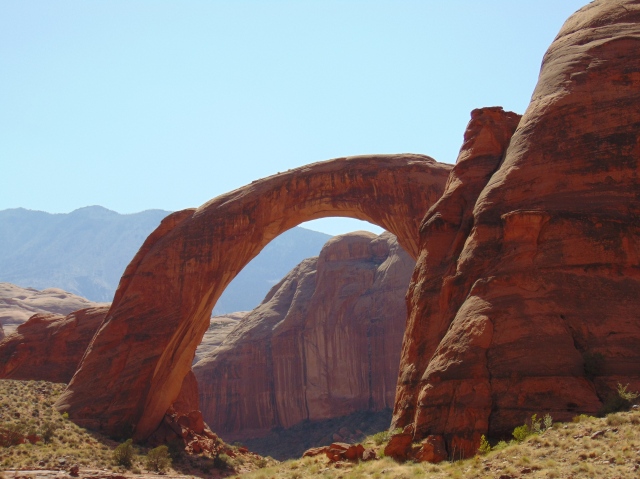 Why is it called Rainbow Bridge and not Rainbow Arch?  Such a formation is called a bridge when it was created mostly by water.  In this case a river that cut its way through the land over thousands of years.  A river that took a loop (similar to the Colorado River in Horseshoe Bend, albeit smaller) but then over time cut a tunnel under the rock for a more direct path.   Over many years that tunnel became this high bridge.

If it had been mostly the wind that carved out this shape in the rock, it would be designated an arch, like Crawford Arch in Zion National Park. 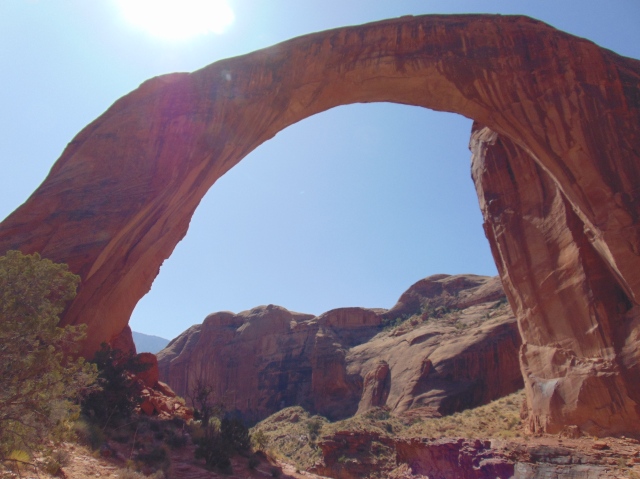 We took a path to get around to the other side of the bridge. 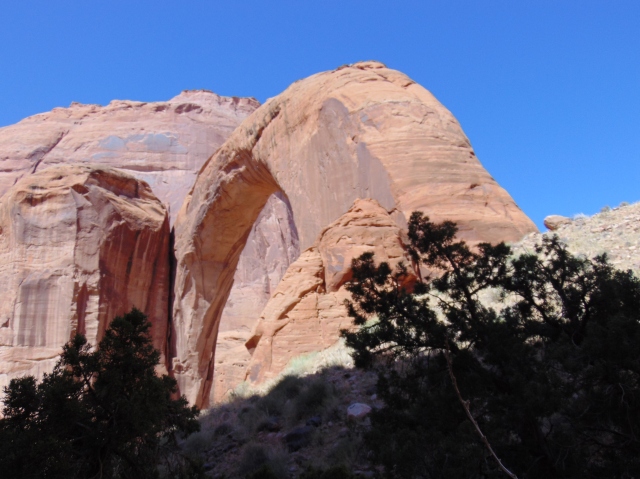 I see what looks to me like two classic profile depictions of Native American chiefs in the rock facades here.

Tourists doing what tourists do. 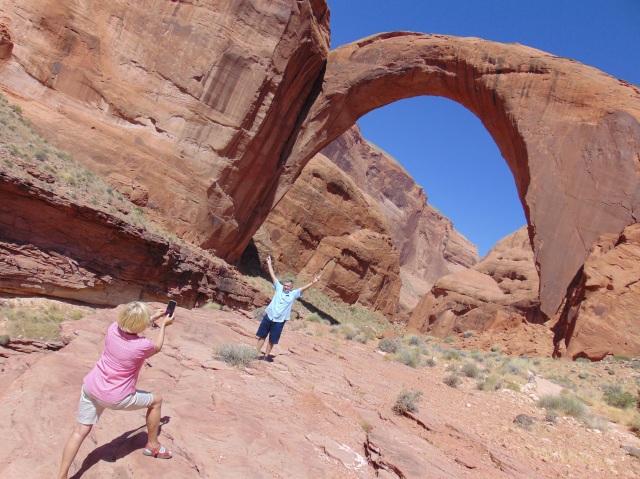 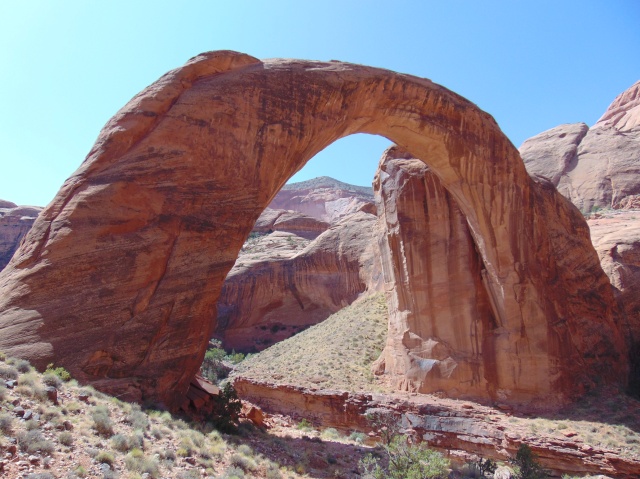 One last look at Rainbow Bridge, and then we returned to our boat for the ride back to Page, Arizona. 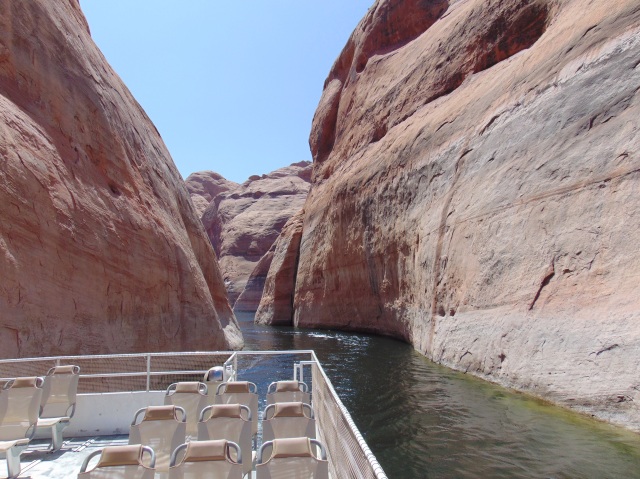