Posted on February 3, 2020 by dannyashkenasi

“The Tell-Tale Heart – a musicabre” at the Dunedin Film Festival

Plus an interview and Q&A with yours truly

January 10, 2020, my short film “The Tell-Tale Heart – a musicabre” played at the Dunedin Film Festival in Dunedin, Florida, part arts mecca, part retirement community across the bay from Tampa and north of St. Petersburg.

I spent an abbreviated weekend there, attending the screening of my film and giving a Q&A and an interview, complete recordings of which can be accessed in this post.

But first, the feature on the Dunedin Film Festival itself, made for local broadcast.  The section on “The Tell-Tale Heart – a musicabre” and me starts around the 1:46 minute mark.  Some of the footage they excerpted from the film might be considered (mild) spoilers, revealing one or two of the film’s secrets:

The complete footage of my interview, conducted by Justin Catacchio, associate producer at Dunedin TV,  including its humorously awkward false start, can be viewed here:

And here is audio of the Q&A I gave after the screening.  Again, some of the questions and my answers might be considered mild spoilers: 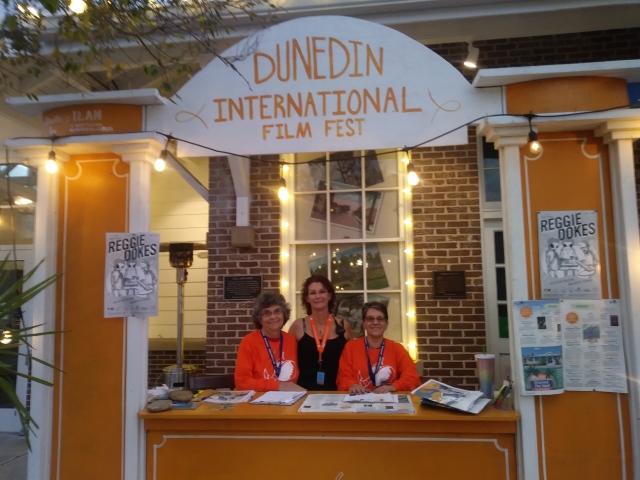 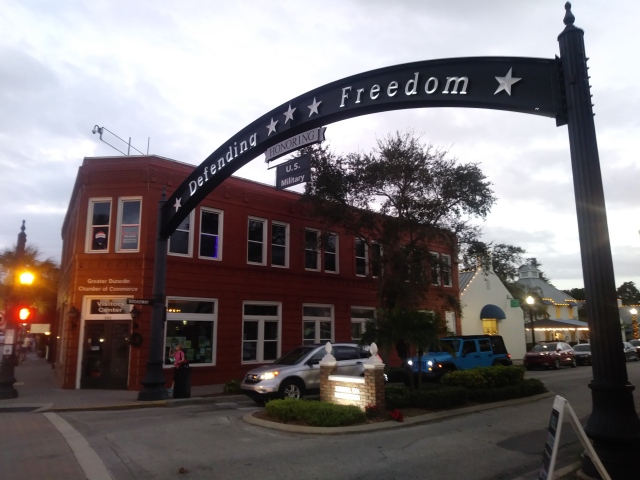 You had to walk through a haunted entry way tunnel to get to the screening tent.  A local high school drama club accosted/delighted as an assortment of zombies, crazies and spooks (the festival video above features them at the 1:30 minute mark).

The screening tent, in between screenings.

“The Tell-Tale Heart – a musicabre” begins.

(Let me just affirm that taking out your phone during a movie, whether to email or chat or browse or take photos, even only a photo of the title card, is A REALLY BAD THING TO DO, SO DON’T!)

The screening was accompanied by some rather loud wind gusts that made the tent shimmy and creak.  You can hear me allude to that in the Q & A.  Also, during the quiet moments, country music could be heard softly wafting out of the Soggy Bottom Brewing Co.

It made for a, uh, unique screening experience.

The next day I explored Dunedin and more of the festival. 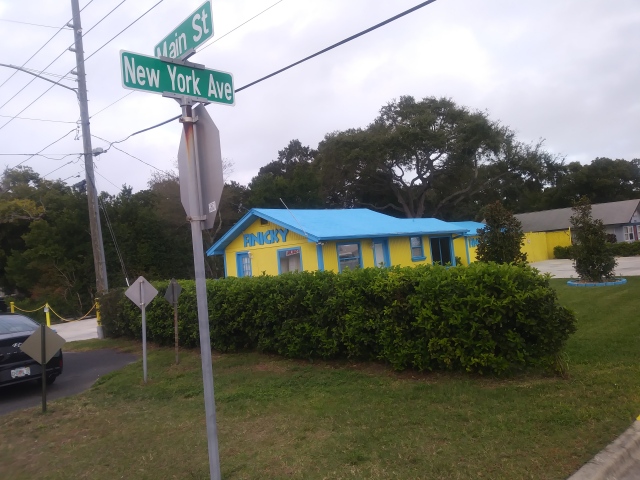 I was told that Dunedin is unique in Florida in that it has managed to avoid being hit by a hurricane for over hundred years.  And so it boasts large hundred year old trees. 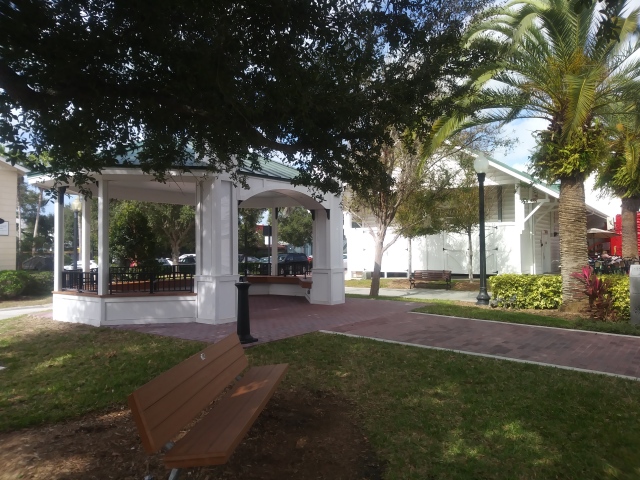 This is the Art Cave, another film festival screening sight. 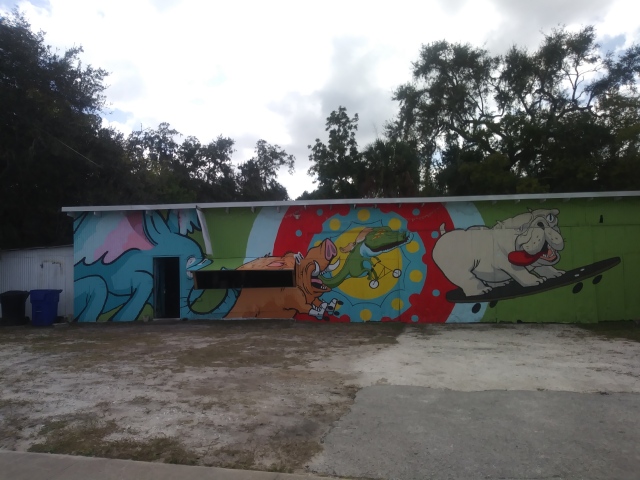 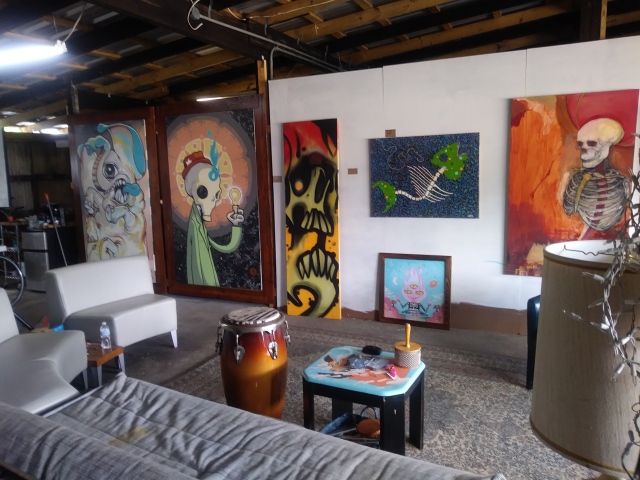 The Art Cave is where I saw my favorite of the Dunedin festival films I got to see the short time I was there, the 35 minute French short “Pas Si Loin”, about a family of color from the Paris suburbs vacationing in a friend’s apartment in the middle of the city.

The Dunedin Trolley, taking festival goers to all the festival locations.

It also took a group of us on a quick excursion to Honeymoon Island, just north of Dunedin. 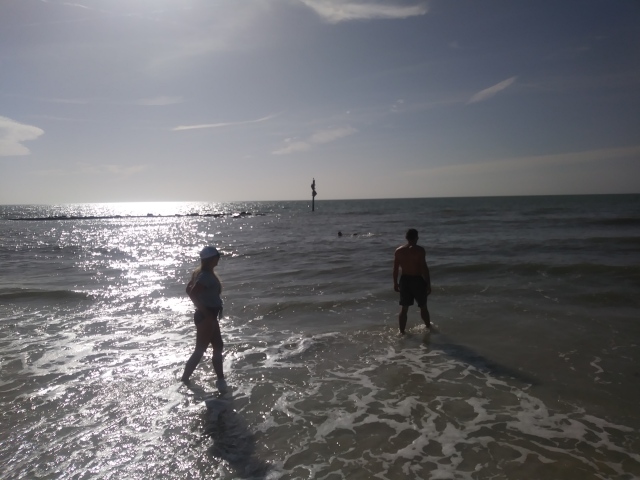 In Dunedin there are many art galleries, including this one that advertises itself as the “home of 1905 Picasso and best iced coffee”.

You see the Picasso?  (I’m pretty sure it’s a print, not the real thing, because that original is probably worth a hundred million dollars.) 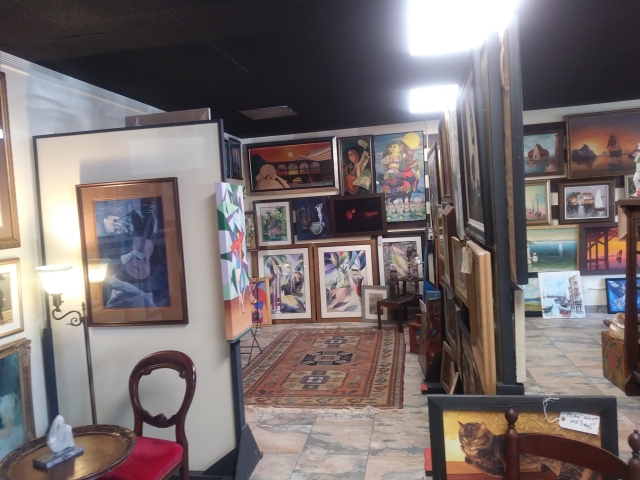 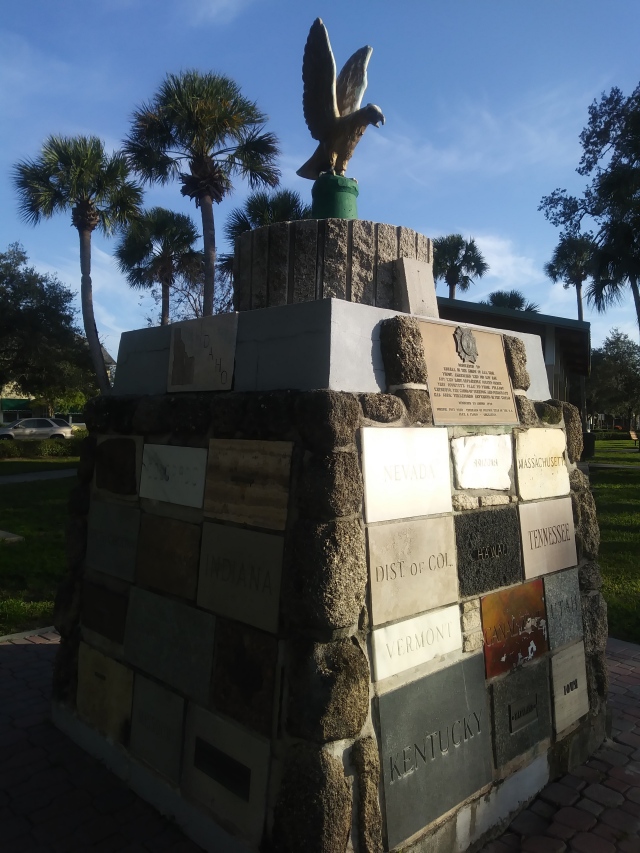 Saturday night there were free outdoor screenings in the park.

1 Response to The Dunedin Experience