Posted on April 8, 2020 by dannyashkenasi

Boogieing Away the COVID 19 Blues

New York City’s gyms were shut down four days after Broadway and one day after the schools.  Six days later the whole state would be ordered to shelter at home.  There was to be a lot of sitting around and the girth of my middle aged midriff was very likely to expand egregiously.  I am used to getting my cardio on the elliptical exerciser at the gym, staving away boredom reading a good book while my legs pedal away.  What to do cooped up for weeks on end with no such machine at home?

I was going to have to dance the fat and the Covid 19 blues away. 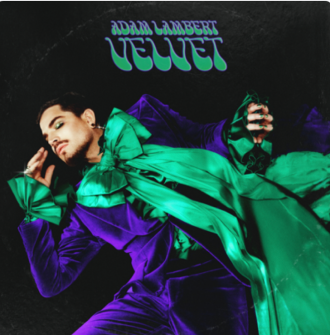 It just so happened that Adam Lambert latest lp “Velvet” dropped that very week.  I’m a fan and this is his most accomplished album.  More importantly every track, even the ballads, crackles with groovy funk beats and dancetastic flights of musical and vocal fancy.   I’m compelled to get my disco on, and so in lieu of the gym I instituted daily full album listening sessions as a way to get my daily cardio.

I am nurturing my inner Dancing Queen as well as working up a salutary sweat.

Adam Lambert – Stranger You Are

What’s that look like?  Well, I basically have not been “getting down” in public like this since attending high school dances many decades ago (I’ve not been much of a clubber or raver, to say less than the least).  These pictures I’m including here (after much internal struggle) were taken at Jason and Bertram’s wedding last summer.   The last time I boogied before then was at the wedding of my niece, and, to do the math, she is home schooling a first grader now.

So do these pictures accurately freeze my “dance stylings” in time?  There has been an ongoing argument between my inner editor, critic, whipping boy and flasher as to the need for or wisdom of posting these pictures,  appalling or appealing as they may be depending on your sensibilities.  A decent amount of alcohol lowered my inhibitions enough for these incriminating photographs, but even then, my mostly downcast glances testify to self-consciousness still being very much present.

I confess these photos offer only modest glimpses into my dancercising reality.  On my own in our den my gyrations feel a lot less … contained … as I sense from within my own body far from prying eyes, cameras, and mirrors.

Imagine a middle-aged Middle Earth dwarf laying down moves a la Drag Race Vogueing (lip-sync for your life!), Manic Tai Chi and Kate Bush Running Up That Hill.  That’s what it feels like to me.  No one is watching.   Ed is forbidden within sight and I am avoiding reflective surfaces as well as my own shadow.

After a week of exclusively grooving to “Velvet”, I decided to create a “Dancercise” playlist of 377 tracks to be played on random shuffle.  Turns out certain playlist songs like “I’m So Excited” and “Walk Like an Egyptian” propel me beyond cool school Adam Lambert stylings into a more crazed convulsive cardio.  So now add to the RuPaulTaiChiKateBush dance metaphor above a fourth image: Epileptic Energizer Bunny.  It can’t be pretty (still avoiding reflective surfaces and shadows) but it burns even more calories than my Lambertian locomotions.

Of these pictures I best like the two that show Ed and me together.

The first two songs the first day off the “Dancercise” playlist shuffle were almost too eerily apropos for the times: “You Put a Chill in My Heart” sounded like a flu symptom and “Nasty” aggressively conjured my disgust at the virus and our murderously incompetent president.  My second day of playlist dancersizing again began heartbreakingly apropos: the song “Chains of Love” intoned “do you remember there was a ti-i-i-me when people on the street were walking hand in hand in hand…when there were open doors, an invitation to the world…”.  After which Madonna and Justin Timberlake insisted we only have 4 minutes to save the world.  And then, eventually, inevitably, the immortal “I Will Survive“.  Getting a little too profound while pounding the parquet.

More dance mix metaphors have followed. The cautionary tale of “Can’t Keep My Hands to Myself” lead immediately to “I Would Die 4 U” which was countered by the more preferable “I’m Still Standing”.  And naturally the playlist also includes “The Safety Dance” and “Dancing By Myself”.

Aggressive gyrations are a great way to shake off the frustrations of the era (“Shake It Off”, “Shake It Up”, “Shake Your Booty” and “Shake Your Bon-Bon” of course all made it onto the playlist).  But this morning the news had me feeling too low for fast beats.  Instead I danced to soothing selections from my “Be Asleep” playlist (which I usually turn to those nights I need to stop my racing brain from keeping me up with relentless considerations).  It turned out to be a melodiously mobile medicine and brings me to my fifth self-descriptive dance metaphor.

A selection that ran the gamut from k d lang to Lakmé elicited moves best described as Mellow Moody Martha Graham.  A lot of cardio may not have been involved, but my limbs got stretched.  And more importantly I felt soothed. 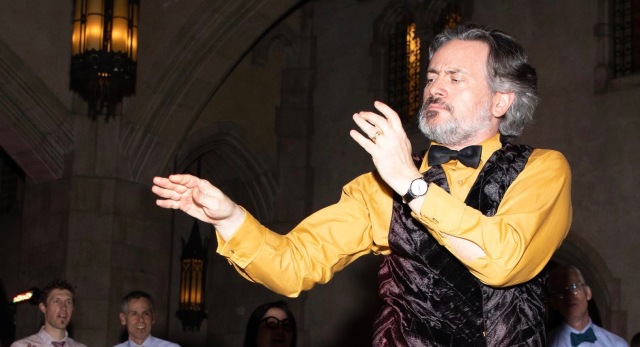 I'm a composer with over 30 years experience creating music theater. I'm also an actor, writer, director, producer, teacher and general enthusiast for the arts.
View all posts by dannyashkenasi →
This entry was posted in LGBTQ Alphabet Soup, Melodies Linger On, Notes in the News and tagged 4 Minutes, Adam Lambert, Can't Keep My Hands to Myself, Chains of Love, coronavirus, Covid 19, dancercise, Dancing By Myself, Dancing Queen, Ed Elder, Energizer Bunny, I Will Survive, I Would Die 4 U, I'm So Excited, k d lang, Kate Bush, Lakme, Martha Graham, Nasty, Playlist, Shake it Off, Shake It Up, Shake Your Bon-Bon, Shake Your Booty, shelter at home, Stranger You Are, superpower, Tai Chi, The Safety Dance, Velvet, Vogueing, Walk Like An Egyptian, You Put a Chill in My heart. Bookmark the permalink.