Posted on April 3, 2020 by dannyashkenasi

A Dream Memory for the Grand-Niece

Our niece Linden is homeschooling her children since the shelter-at-home order took hold in her state, just as it has done for millions of families all over the planet.

She sent an email request for family to help her with a homeschool story project with her oldest daughter Lyra:

First grader Lyra was working on family stories before regular class let out for the year, and we decided to continue that learning. Her plan is to compile any family stories she receives into a book, complete with her own illustrations, and then a personal essay/reflections about the stories she compiled. We are happy to share digital copies of the completed assignment.

This is the story I sent.  It is one that has stayed with me all my life, profoundly influencing my understanding of memory:

Memory can be a strange thing.  When I was your age, I would tell grown-ups my “favorite” nightmare.  I didn’t remember most of my dreams but this one I remembered very well.  I remembered it took place at a birthday party next door that my big brother and I attended when he was 8 and I was 3.  Many children were in the yard.  In the back there was a big white tower.  A girl climbed up the tower and poured a bucket of water into it.  Then silly little red cartoon devils climbed up out of the tower, angry that water had been poured on them.  One of the cartoon devils took a stick and poked my brother with it above his left eyebrow.  He started crying.  I was very upset.  And then I woke up.  That was the dream story I would tell for several years.

Until one day my brother heard me tell the story and told me that it wasn’t a dream.  It had really happened!  We were at a party next door.  But there was no big tower.  There were no cartoon devils.  Some older boys on the other side of the garden wall were playing with fire, and a girl poured a bucket of water over the wall to stop them.  One of the boys came over the wall and poked my brother with a stick.  It hurt him.  I remember him crying.  The cut above his eye.  How upset I was.  And since I was only 3, the wall seemed very high and the angry older boys seemed very scary.  So much so that over time I thought of the wall as a big tower and the boys as silly little red devils like the ones I’d seen in a cartoon on TV.  Which were things so strange that I figured that this couldn’t have really happened, this must have been a dream.  Just a nightmare that I remembered very well.

But then my brother reminded me of the truth.  And the “dream” parts of the memory faded.  No more big tower.  No little red cartoon devils.  I remembered again the garden wall and the angry older boy as they had really been.  It is one of the few things I still remember from when I was only 3 years old, and the one memory from that age I recall with the most details.

There is one detail I left out of the above telling for Lyra, and only because it would have complicated the story with too much exposition.  Before I “woke up” from the presumed nightmare, I would see Tatu, our housekeeper and ersatz Nana, rush up the neighbor’s driveway to comfort my brother David.  My memory actually ends with her holding him to her while he cries.

Like most people, I don’t have many memories from before I was 4 or 5 years old.  And of the few I have, this one sticks out vividly not only in its clarity and amount of detail, but also in the length of time within the event it covers.  I wonder if the strange trajectory of this memory –  from traumatizing event recast as a favorite dream story before being reclaimed as remembered facts  – contributed to its durability.  Maybe if I had not rewritten it as a fantastical dream to regale people with, but suppressed it as trauma best forgotten, the memory might have lost to me in later life.

Probably not.  The few memories of toddler-hood I recall are the traumatic ones.  Like the jet fighters flying frightfully low over the lake in Switzerland we were vacationing at when I was three.  Or falling down the staircase when I was only two, the world going topsy and turvy as I tumble down, and then looking at my broken sandals, the strap torn from the soles, when I recovered my wits on the bottom step.  That last one is my very earliest memory.

This story most impresses itself on me as an example of how memories are mutable.  For many years I fervently believed in the dream version of the story.  I didn’t think of it as something that had actually happened.  Until one day my brother’s assurance caused me to reassess the details, and almost immediately the fantastical rewrites stepped aside and the true memories came back to me, or the “true” memories as best as I can recall them.  It is a benign example of something about memory that can become more complicated and problematic, like the reliability of differing eyewitness accounts or the implanting of false memories. 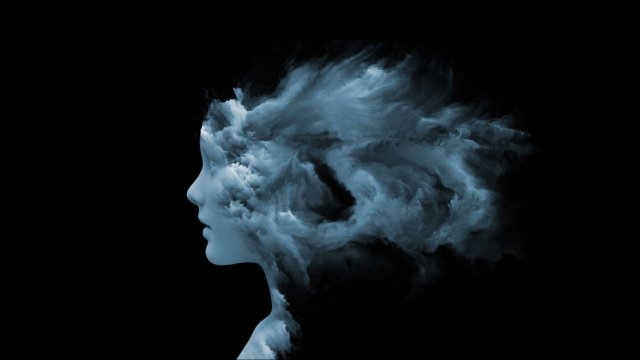