Posted on November 17, 2015 by dannyashkenasi 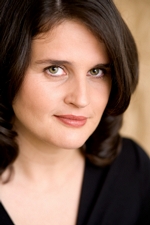 The bestselling Author Rebecca Cantrell has posted an interview with me about Speakeasy on her blog.  In it I reveal some tidbits about Speakeasy and a song demo that had not yet found their way to Notes from a Composer.   Check it out:

Rebecca and I go way back, as in we both went to the same high school in Berlin.  So the conversation also included references to the first musical I composed and produced at school:

SPEAKEASY: A Musical Trip Down the Rabbit Hole

Remember that time that you met someone who seemed cool in high school but then didn’t see him again for twenty years?  And he wasn’t cool anymore?  This is NOT that time.

I’m happy to have a chance to interview my still-cool friend, Danny Ashkenasi, about his latest project: a musical set in the world of gay 1920s New York called Speakeasy.  It’s not the first Ashkenasi musical I’ve liked though–in high school he wrote and directed an amphibian musical called Once Upon a Frog about an extraterrestrial transformed into a frog.  Because that is just how Danny rolls…err…hops.

Danny, on a scale of 1 to 7, do you regret not casting me in “Once Upon a Frog,” even though you would not even meet me for another year and I can neither sing nor act and used to throw up when I had to go onstage?
No regrets.  The original cast was absolutely fabulous: Chris Cruz, James Miller, Jeff Copfer, Christina Huth, Michelle Carroll and Modjgan Goudarzi.  They each owned those parts.  So much so that when I saw Once Upon a Frog done in German as Es War Einmal ein Frosch in Wetzlar years later, it was uncanny how so many of the actors in that production resembled the original cast, even though they had never seen it done at our school.

Speakeasy is set in the flourishing gay world of 1920s Prohibition-era New York. What led you to this topic?

I have always wanted to set a show in the 1920s or 1930s because I had a lot of melodies tumbling about in my head or written down on saved music scrap paper that seemed to belong to that era musically.  I imagined the theatrical setting to be a nightclub perhaps, that also acts like the stage for the whole world of the story. But for many years I didn’t know what the story would be.  Then I got interested in writing a musical about the queer subculture of the era.  Because that era at the time seemed so removed from the modern Gay Rights Era, it seemed to me a magical realist approach may be appropriate, that the show could have the feel of a dream rather than be a realistically structured drama.  Once I hit upon using Lewis Carroll’s Alice books, Alice’s Adventures in Wonderland and Through the Looking Glass, as inspiration and narrative templates I finally knew how to approach the writing of Speakeasy.

Are there any characters based on actual historical figures from the era?

Quite a few.  Many characters are a hybrid of Wonderland denizens and historical figures.  For example, Chet Cheshire is part Cheshire Cat, and part Gene Malin, a successful openly gay nightclub M.C. who thrived during the “Pansy Craze” of 1929.  Duchess Bentley is part Duchess and Humpty Dumpty from the books, and also based on Gladys Bentley, a notoriously bawdy black lesbian nightclub singer who sang at the Ubangi Club in Harlem.  Julian Carnation is partly the Red Queen and the Mad Hatter as well as based on Julian Eltinge, a very successful female impersonator during the Roaring Twenties.  The Tweedle Sisters are part Tweedledum and Tweedledee and part Dolly Sisters, a famous vaudeville act.  Caroline Chrysalides is part Caterpillar, part Queen of Hearts, and also based on several politically and socially active high society ladies of the era.  Our leads, newlyweds Jane and John Allison, are part Alice but as far as history goes wholly invented and take their narrative cues from Alice in Wonderland and Alice Through the Looking Glass respectively, by which I mean Jane’s adventures follow the first book, John’s adventures follow the second book; at the beginning at least, until they meet and realize they are both having this crazy dream not on their own but together…

What made you decide to do a Kickstarter campaign to fund Speakeasy?
For the last 14 years my husband Ed and I, as Fredrick Byers Productions, have been self-producing musical theater productions and concert performances, mostly in New York City.  Usually with smaller casts.  But Speakeasy needs a large cast and a bigger production, and we first thought this would be too large a show to produce on our own like we had been so far.

I had heard but not known much about crowdfunding projects on Kickstarter and Indiegogo, yet hadn’t initially thought about those being avenues for raising funds to get musical workshops or showcases off the ground.  But then I heard about George Takei’s Allegiance and how he raised money for his show by crowdfunding. And friends told me about theater projects on Kickstarter and I started to investigate as well as back several projects myself.  Not only did I feel that we would need Kickstarter to help get Speakeasy on its feet in a properly scaled workshop showcase.  I also felt Speakeasy as a project would be a good fit for the Kickstarter community.  That its historical and social perspective, its ability to give great performing opportunities to a big multi-talented cast of all genders, sizes and colors, would be particularly attractive to the Kickstarter community.

Could you give my readers a sneak listen of one of the songs in the show? How about It’s a Dream? I love that one!
Here you go.  Although it sounds like Jane and John are singing about each other in this song, they are actually not. Jane is dancing with Duchess, and John with Julian at this point, unaware of what their spouse is doing only feet away on the same dance floor.  But they will meet soon enough…

If this sounds like the kind of show that needs to be brought to the stage, pop on over to the Kickstarter campaign for Speakeasy to help!  Every little bit helps–even a dollar will buy a feather for some performer’s cap!
UPDATE:

Rebecca has posted a follow-up to her interview:

Check it out here.