Posted on August 6, 2019 by dannyashkenasi 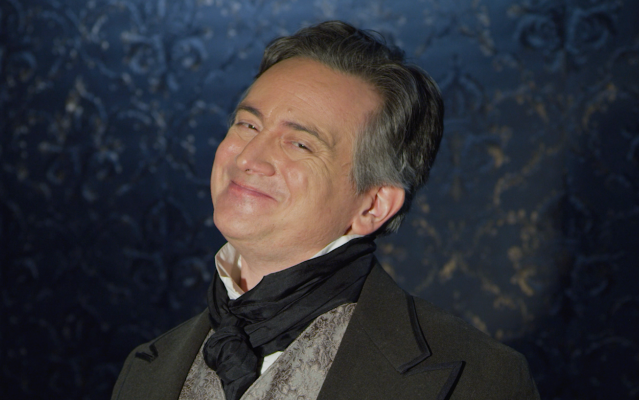 Todd Maki, the sound engineer on our short film “The Tell-Tale Heart – a musicabre” surprised me this morning with an email with no subject heading and merely “just for fun” written in the body of the message.  Attached was the following video clip, which he titled “Todd’s New Ringtone”:

The clip is from early in the film, quoting a line from the third paragraph of Edgar Allan Poe’s text.  Todd had some fun replacing the cello music originally accompanying the narrator with a cheery “ding”.

Maybe I should ask my VFX guy Austin Lepri to add a starlight twinkle to my eye, like in those old detergent commercials.

Todd is in the midst of finishing up the final sound touches and Austin is working on final color correction.  We’re in the end phase, a finished film is just around the corner, which is exciting.

To read more about “The Tell-Tale Heart – a musicabre”, check out all the fun Tell-Tale links on the Tell-Tale Page.

Meanwhile, the next time you call Todd’s phone, brace yourself.