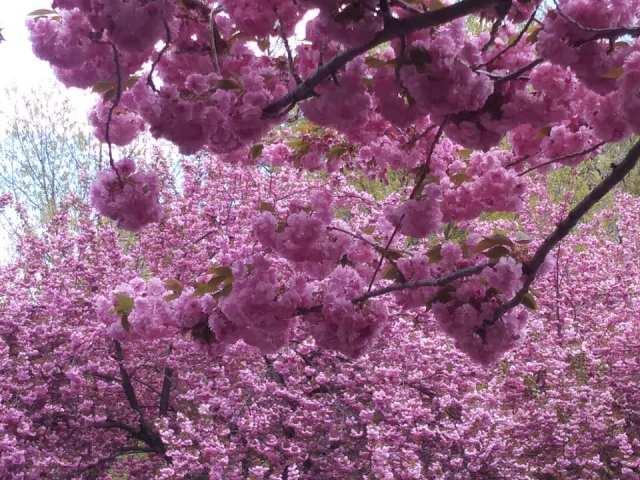 Pink Splendor and Banging Dramatics on the Esplanade

The end of April the Brooklyn Botanic Garden holds the Sakura Matsuri Festival, scheduled to coincide with the spectacular blossoming of the cherry trees on the Garden’s Esplanade.  Nature holding to its own designs, peak bloom doesn’t always coincide with the weekend the Garden estimates way in advance to be the most likely days of cherry blossom outburst.  The last two years, for example, the festival ended up taking place a week early, with only the beginning of pink buds peeking through on the cherry branches.

This year the timing turned out perfectly.  A riot of cherry blossoms enveloped the throngs of people swarming the Brooklyn Botanic Garden Esplanade, enjoying the sights, the stands, and the performances on the two stages.

Many acts were featured during the two day festival.  I took videos of Taiko Masala, “traditional taiko drumming and martial arts, Brooklyn-style”.   The ethnically diverse group of men and women presented classic taiko music as well as their own modern compositions.  I will share these interspersed with an array of cherry blossom festival pictures.  Enjoy.

I went to the festival with my Mom, Cathy, and husband, Ed. 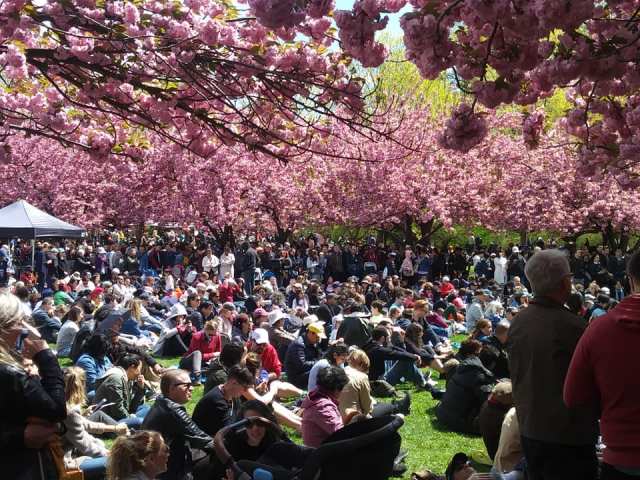 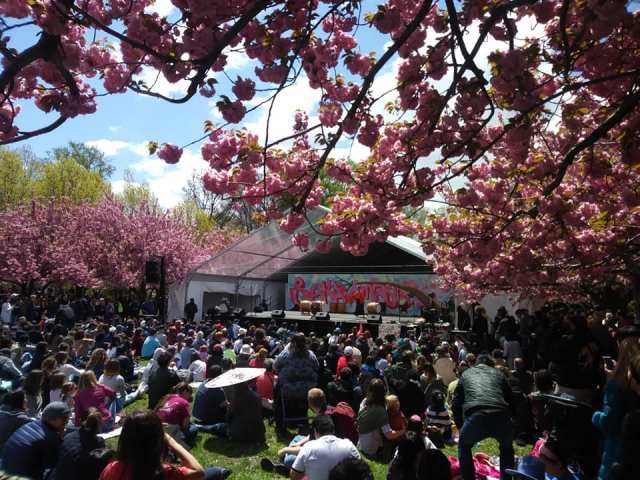 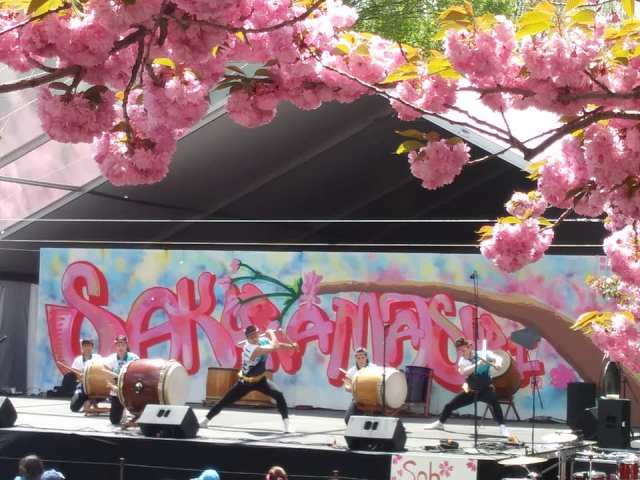 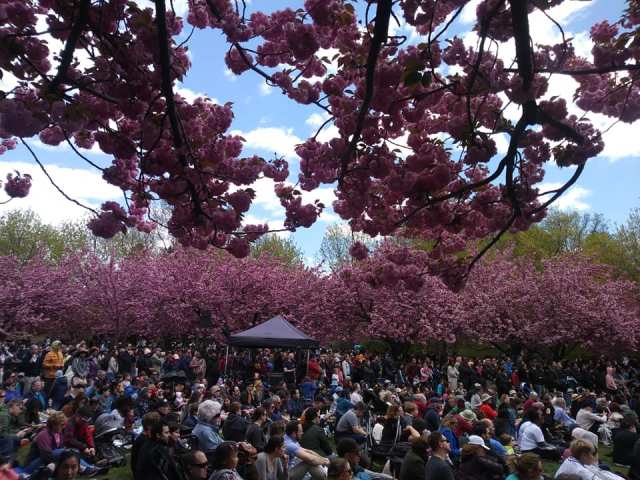 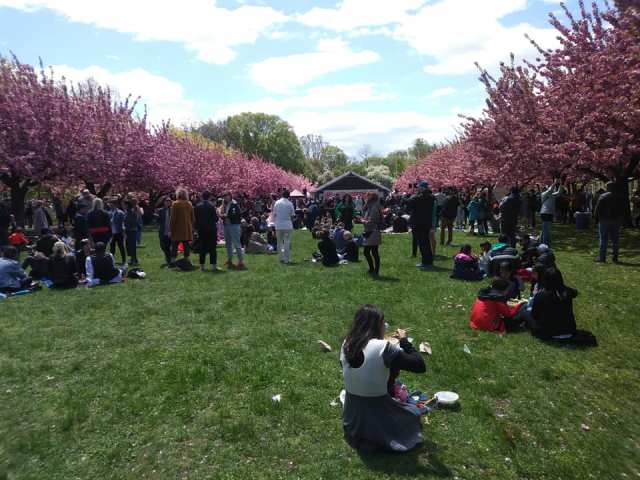 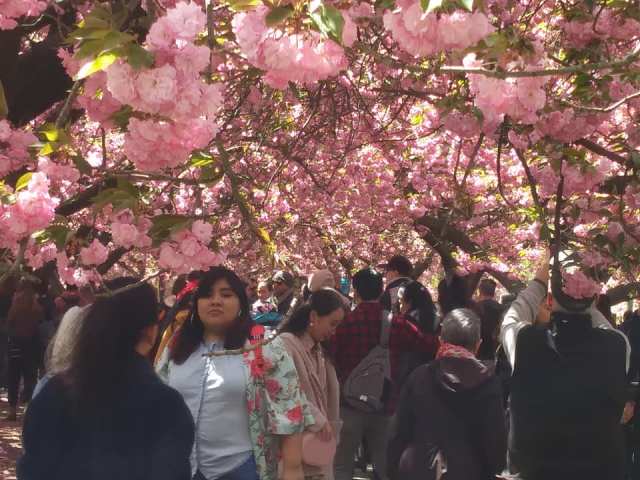