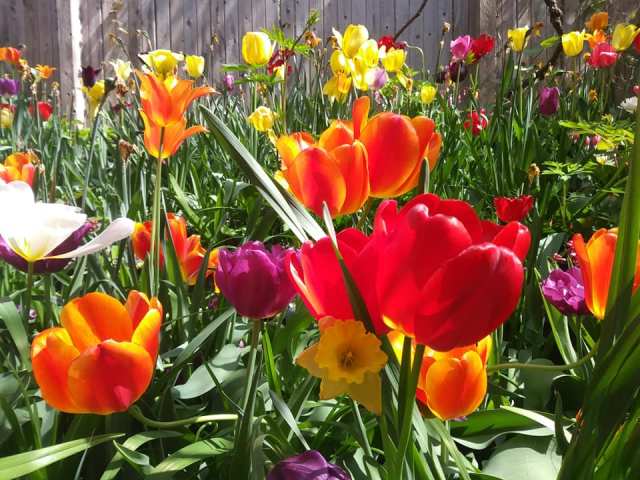 Time for another Notes from a Composer music quiz!  Today’s theme: Flowers!

Flower Music Query #1: We’ll start easy.  You’ve heard this classical piece before.  Maybe even know it’s called the Flower Duet.  Do you know the name of the Opera it’s from?

(As always, the answers to the quiz can be found in the tags at the bottom of the post)

Ed is the green thumb responsible for the riot of flowers each spring in our little Brooklyn backyard.

I am the shutterbug repeatedly pulling out my my camera phone, treating our flowers like supermodels at a fashion shoot. 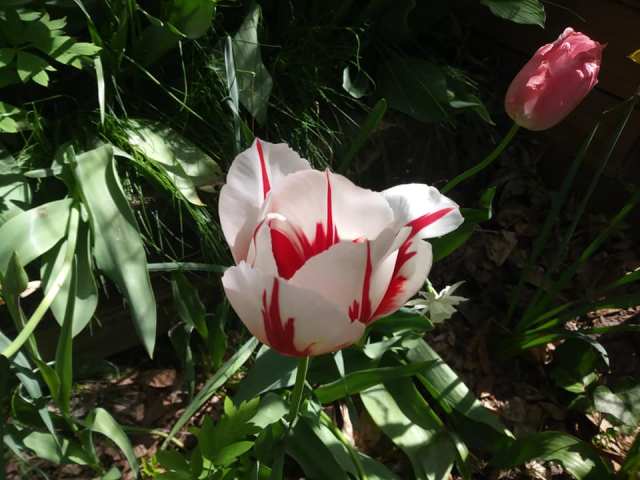 Flower Music Query #2: OK, you gotta answer this one before you listen, because otherwise it’s just too easy.  Which ballet gave us this Waltz of the Flowers (it’s still too easy): 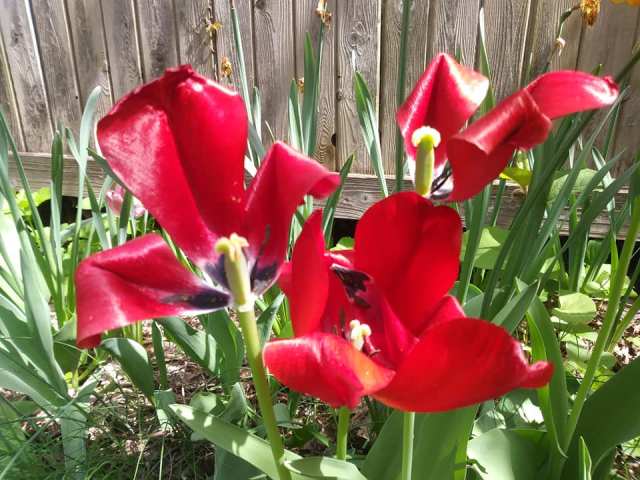 Flower Music Query #3: OK, you gotta answer this one before you listen as well:  In what city should you wear a flower in your hair? 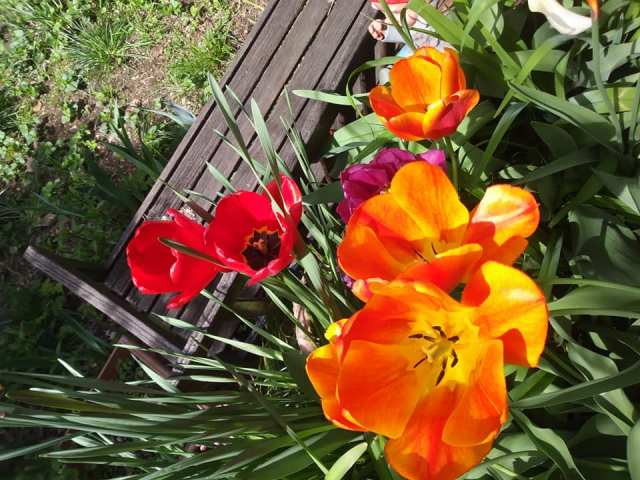 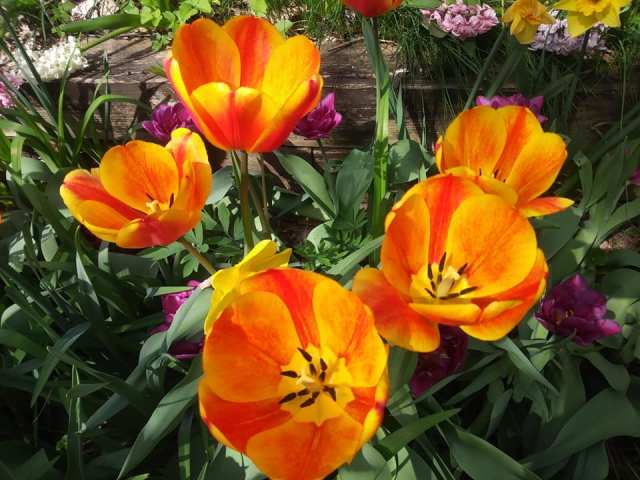 Flower Music Query #4: Which two icons are singing about a devastating lack of flowers in their relationship?

Flower Music Query #5: This pop duo, long since “Faded Like a Flower” from their one time heights on the world’s hitmaker charts, hailed from which pop group producing country? 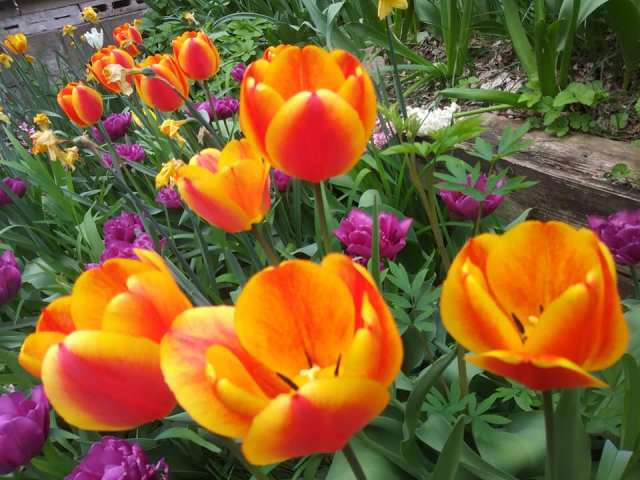 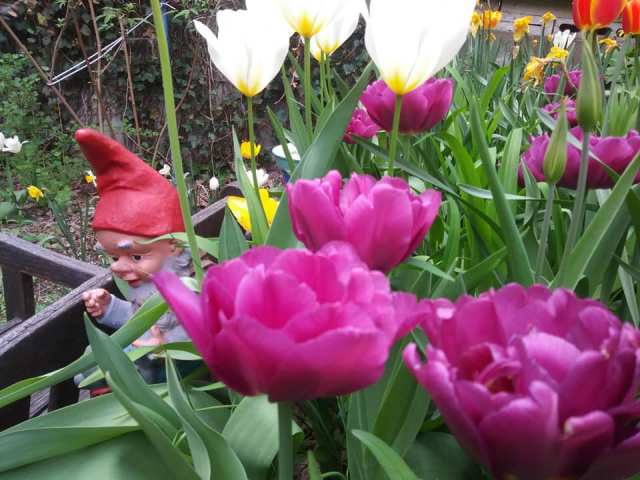 Flower Music Query #6: This alternative pop diva called this “director’s cut” alternative version of an older song “Flower of the Mountain”.  What was the original song’s title?  And which literary giant’s estate finally allowed her to use the original words (from which book) she originally had to paraphrase (for legal reasons) on that previous song?

Here is that original song (I prefer it to the remake, in spite of or maybe because she had to rewrite the words that originally inspired her; if not improved upon as literature, the lyrics “sing” better to my taste here): 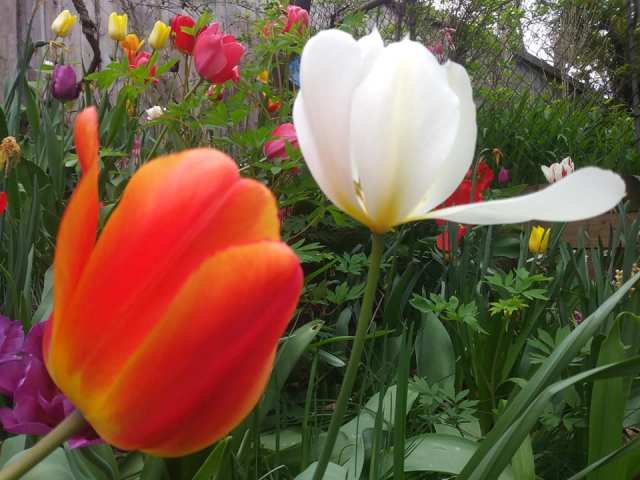 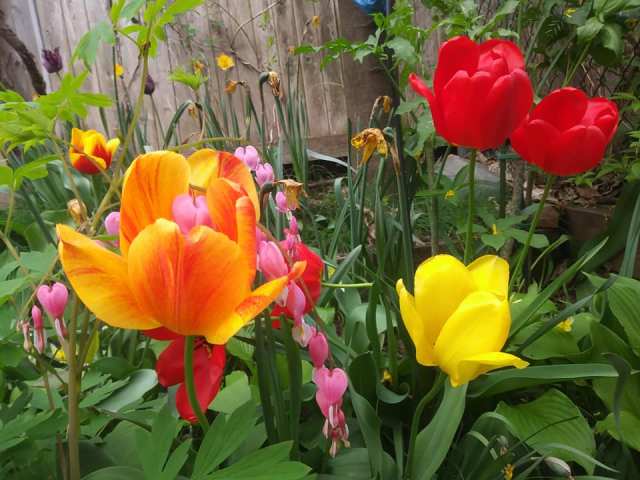 Flower Music Query #7: This song by The Statler Brothers, “Flowers on the Wall” was featured in which Quentin Tarantino film?