Up Close and Personal with the Maine Monument

The other day I was walking 35 blocks from the Upper West Side to Midtown, when I lingered at the Maine Monument at Columbus Circle to take some up close and personal pics of its statues.

The Maine Monument was dedicated in 1913.  As its official website explains:

“The Maine Monument commemorates the 260 American sailors who perished on February 15th, 1898 when the USS Maine exploded while in harbor in Havana, Cuba. Though the cause of the explosion remains unknown, many (including popular New York City newspapers) blamed Spain for the attack.

It’s not hard to draw parallels to a nation riling cataclysm and ensuing war almost exactly one hundred years later in our own recent historical backyard.

Only we know who caused that cataclysm which took the lives of over tenfold more than were lost on the Maine.

And we also know one country that had nothing to do with that monstrous offense.  Yet guilt was associated and lies were ginned up and we went to war with that country, a war that lasted far far longer than eight months.

A war whose aftermath still plagues us and the world. 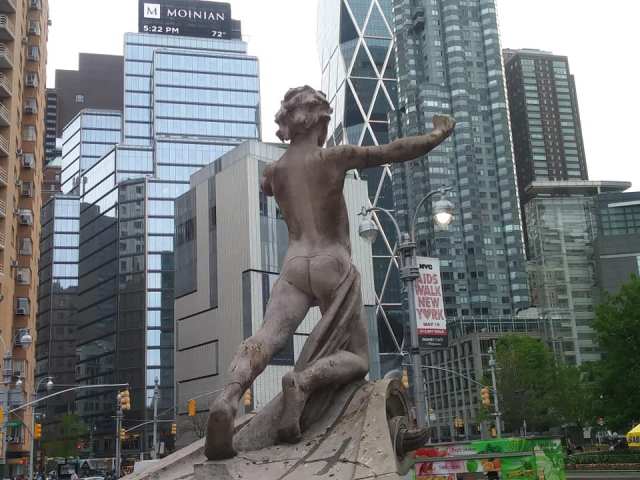 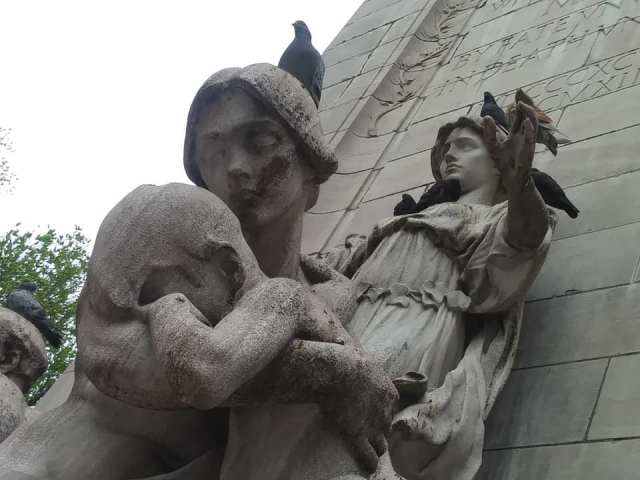