Posted on August 8, 2016 by dannyashkenasi

Ed and I are in Brazil this August, but we are not going to Rio de Janeiro.  Not this year.  Not going to compete with the Olympics.  But four years ago, we spent 6 fabulous days in Rio.  Today I share impressions of the famous beaches of Ipanema, Copacabana, and a trip up the famous Sugarloaf Mountain (Pão de Açúcar).  The picture above is the view from the Sugarloaf, a Gondula coming up from the city below.  Copacabana beach can be seen center left, with Ipanema beach just on the other side of the peninsula and hill behind Copacabana.

Ed and I took turns frolicking in the waves.  It was enormously fun. 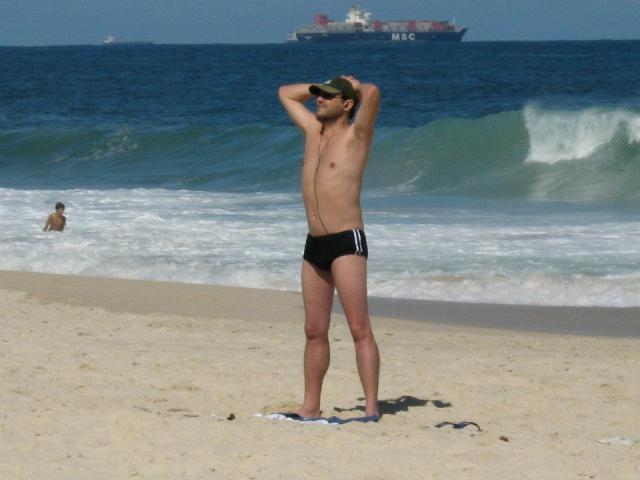 Ed, I’m actually off to the right, in the water, not over there… uh… Ed?

Vendors on the beach peddle souvenirs, foods, jewelry (below) and even bikinis (above). 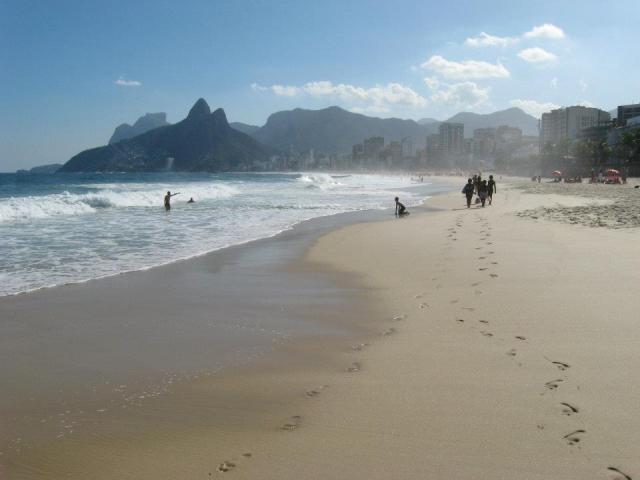 And on the other side of a thin peninsula, Copacabana beach: 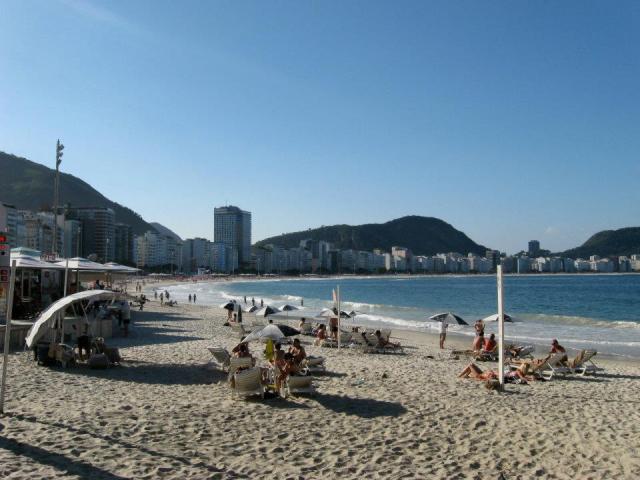 Brazilians revere their artists.  Sculptures of musicians and writers are everywhere, including several at Copacabana.  Here’s one of Carlos Drummond de Andrade, a famous poet.

He was a good listener… 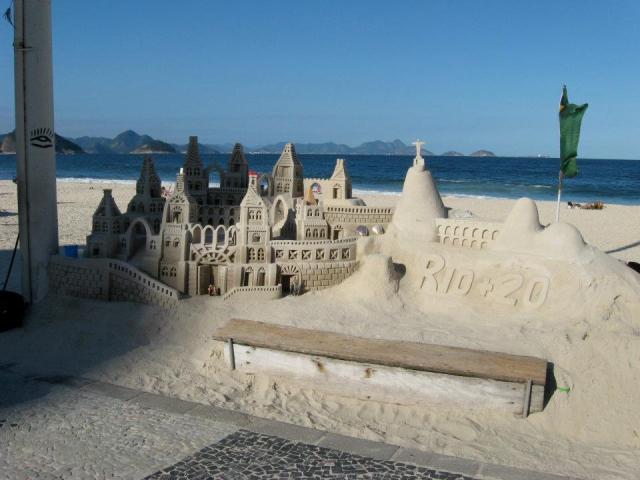 Impressive sand art of huge proportions offer tourists much to marvel at (and a small contribution for the sand artist is also quietly suggested).  Not all sand art is PG: 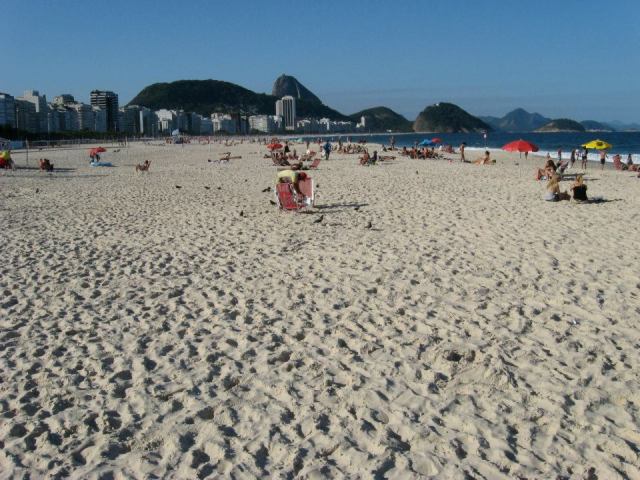 OK, you do know that song is not about this Copacabana, but whatever, here goes: 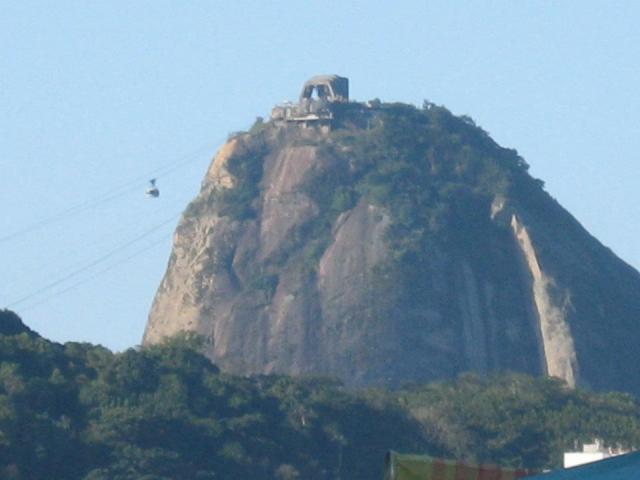 View of Sugarloaf Mountain from Copacabana.  We will go up there next.

But first, another view of the Sugarloaf, taken another day: 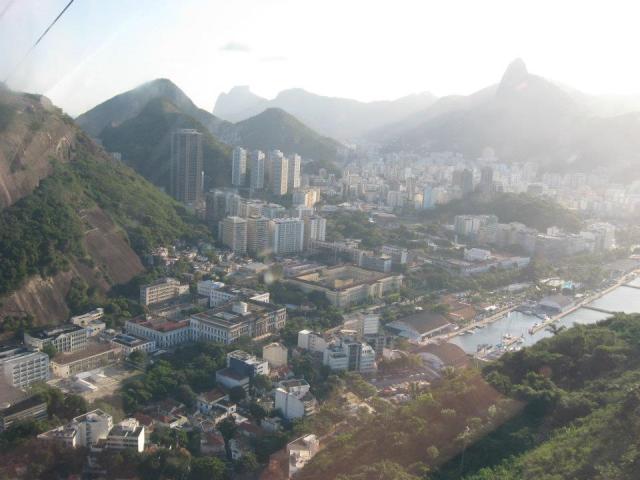 View of Rio de Janeiro from the Sugarloaf Gondula up to the Halfway Station. 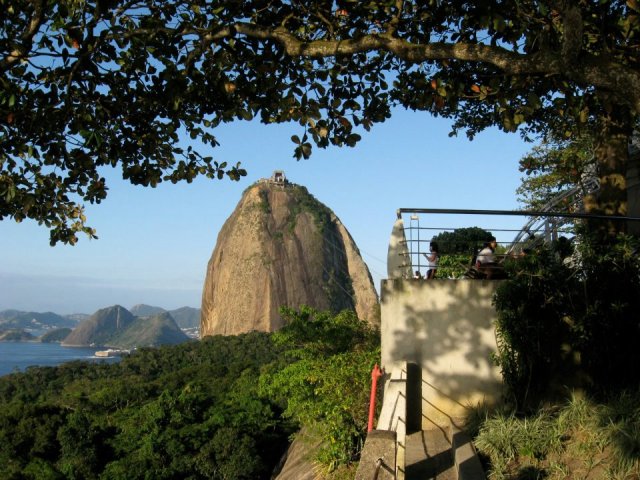 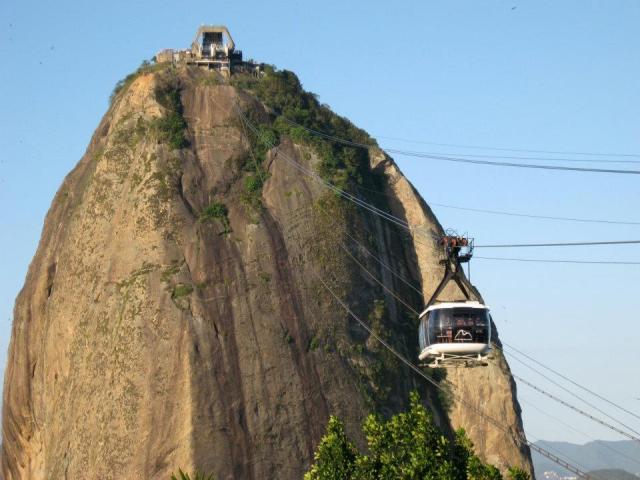 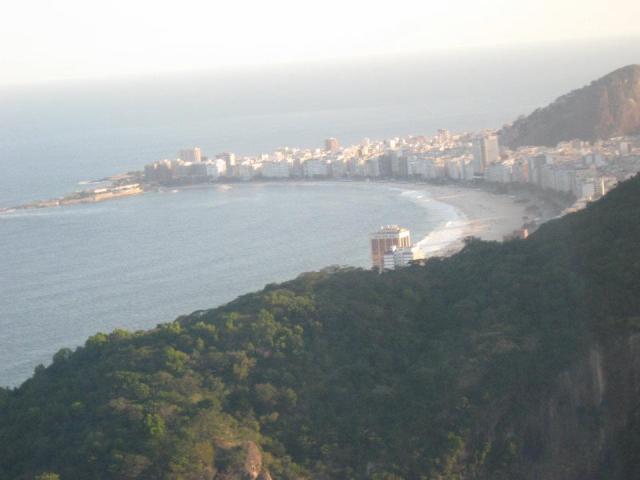 The Copacabana as seen from atop the Sugarloaf. 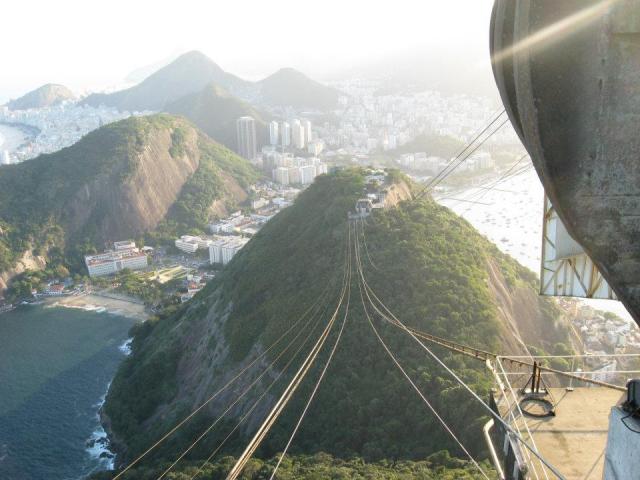 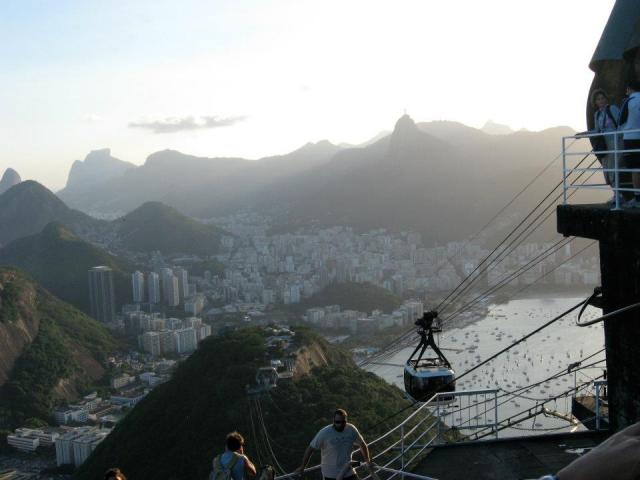 See the famous Cristo de Redentor statue on that mountain in the background? 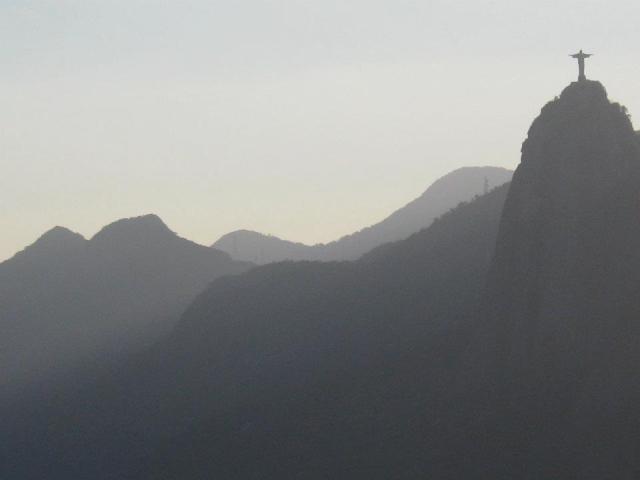 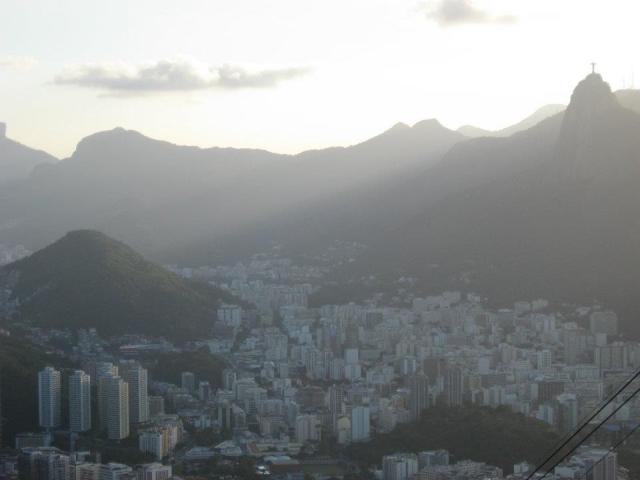 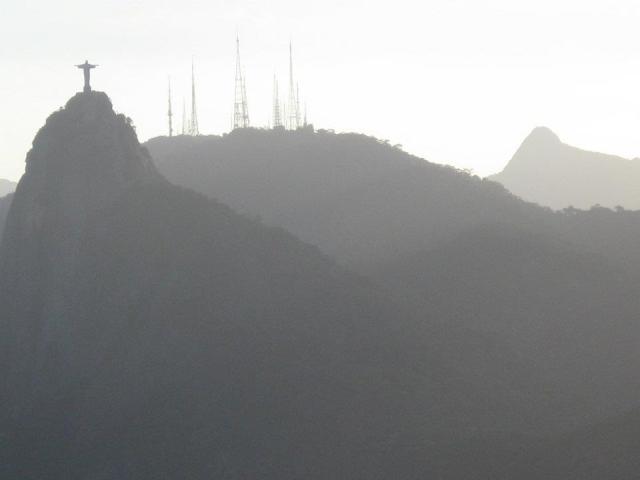 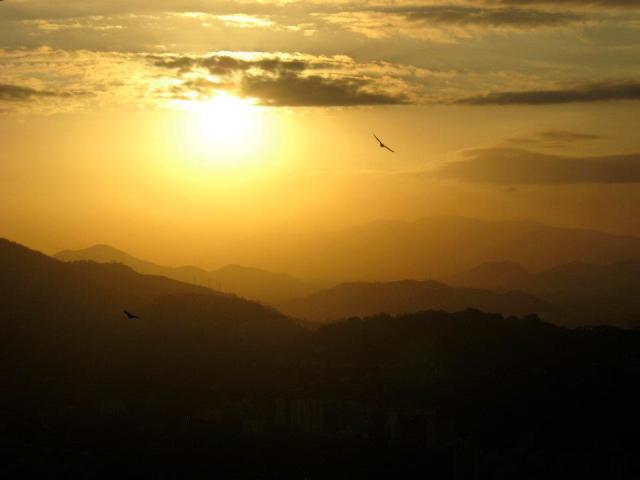 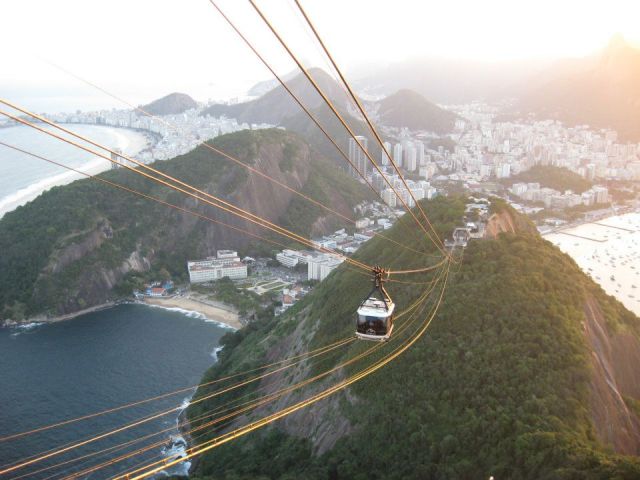 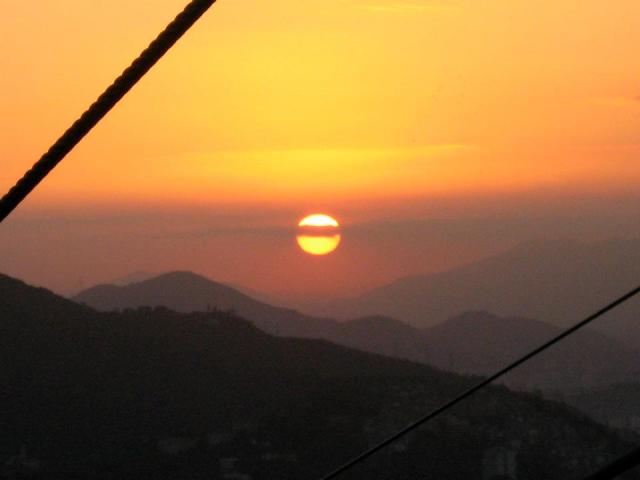 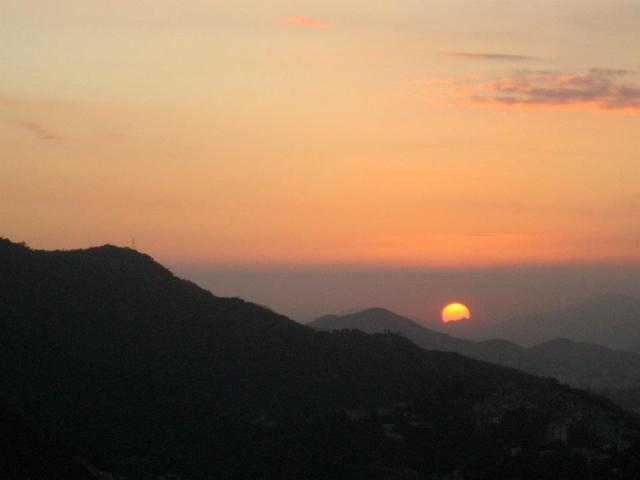 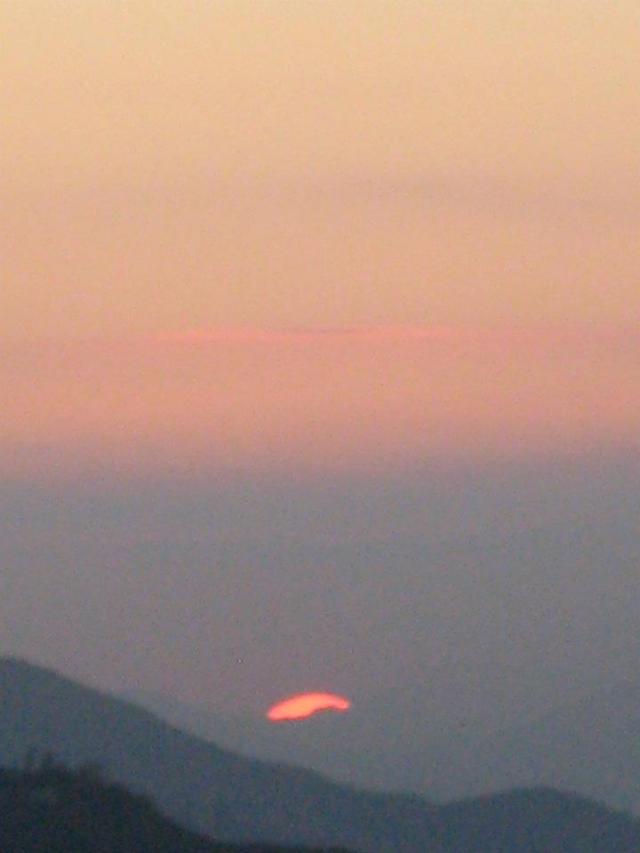 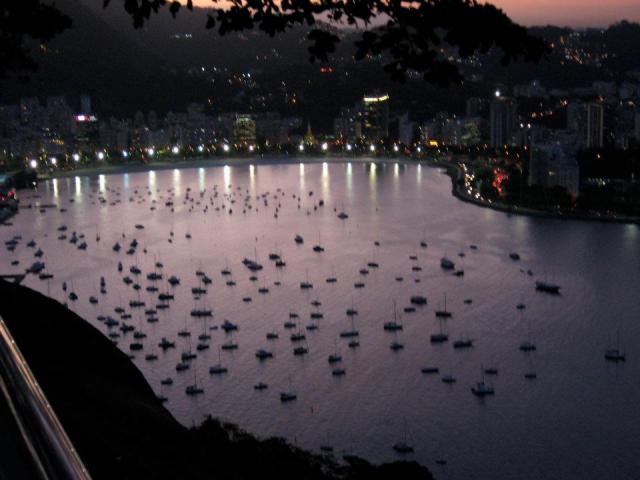 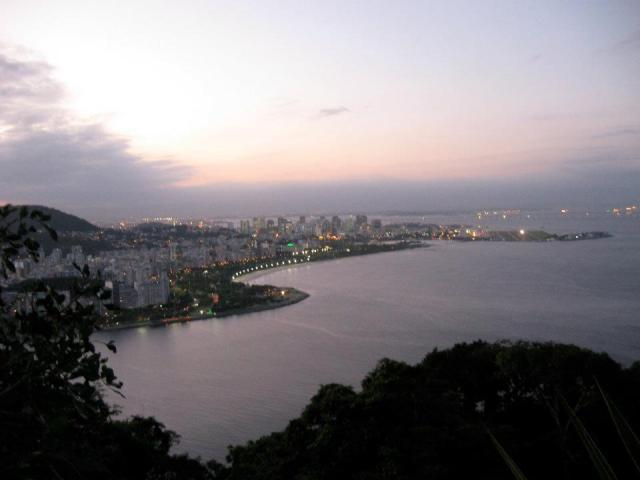