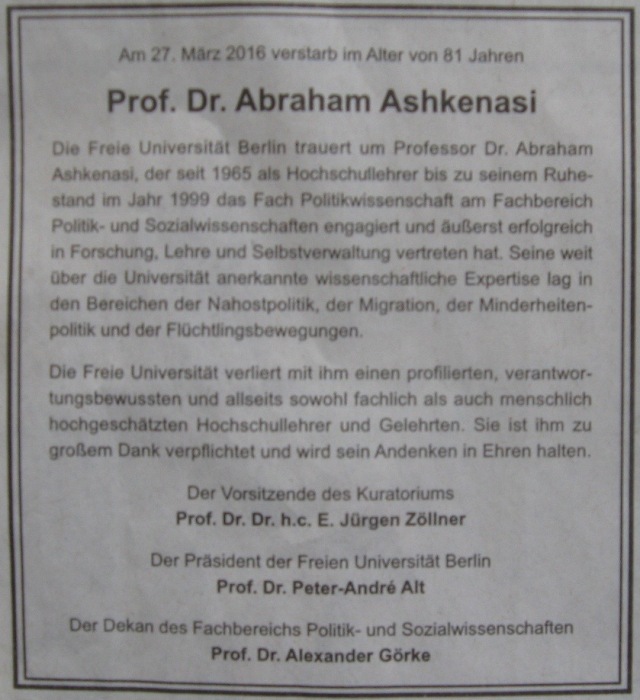 My mother was leafing through the Sunday paper as she was met with a heartwarming surprise: the Free University Berlin had posted their own commemoration announcement for my father.

This is what is says:

(Prof. Dr. stands for Professor Doctor, meaning my father was a university professor with a Ph.D. – these titles are taken very seriously in Germany.  It was not uncommon for people to refer to my father in person as “Herr Professor Doktor”, not just in writing but also verbally, even casually.  OK, back to the translation…)

“The Free University Berlin grieves over Professor Doctor Abraham Ashkenasi, who from 1965 until his retirement in 1999 was engaged in political science with a focus on politics and social sciences as a university teacher and was greatly successful representing research, education and self-determination.  His far beyond the university recognized scientific expertise lay in the fields of Near-East politics, migration, minority politics and refugee movements.

The Free University loses with him an outstanding, conscientious and universally intellectually as well as humanly highly esteemed university teacher and scholar.  She owes him great thanks and will hold his memory in honor.

The Chair of the Board of Trustees

The President of the Free University Berlin

The Dean of the Department of Political- and Social Sciences

Meanwhile, upon the personal initiative of one of his ex-students, my father’s collection of political science books will be brought to the University of Erfurt, which will house the volumes in a special section of its library under his name. 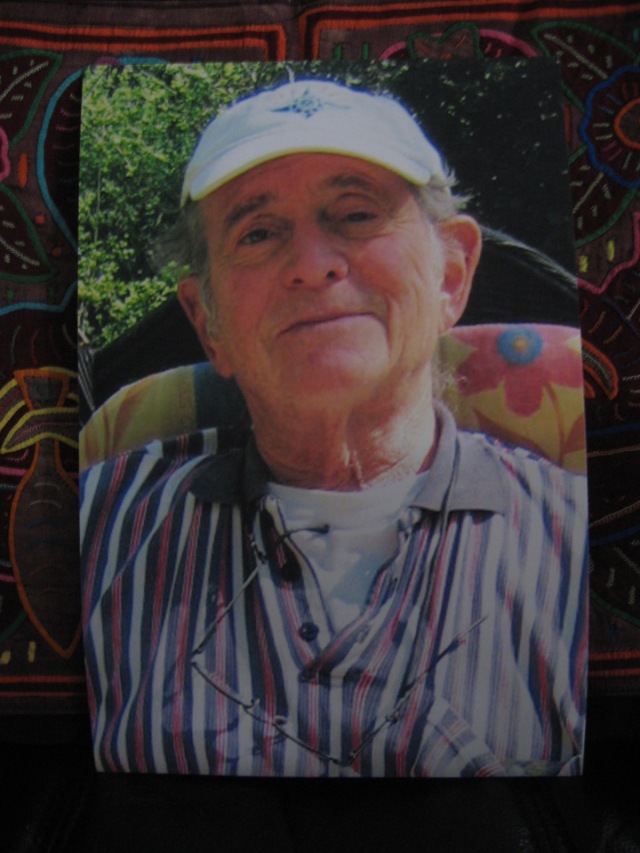