Posted on February 14, 2016 by dannyashkenasi

Last Saturday we held a drag make up workshop, specifically focused on drag make up styles of the 1920’s and 1930’s.  Veteran drag artist Terry Lee King and his colleague Cesar Castillo explained the finer points of drag make-up while applying make-up on the actors playing Belles, pictured and listed above, as well as Tim Connell, who plays famed female impersonator Julian Carnation, based on real life famed female impersonator Julian Eltinge. (Also, check out these movie clips of Julian Eltinge and Gene Malin (the inspiration for Chet Cheshire) in drag.)

Camille Atkinson, who plays Duchess Bentley, based on Lesbian Harlem nightclub singer Gladys Bentley, joined us for the workshop and then added an impromptu post-workshop seminar for us, drawing on her years of experience in the contemporary Burlesque scene. (Read more on Duchess/Gladys here and here.  A major two part article on Duchess/Gladys Bentley is in the works.)

Here are some snapshots of the session: 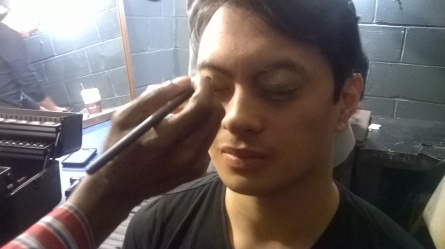 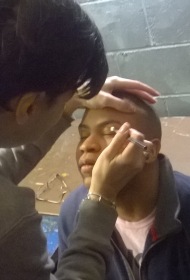 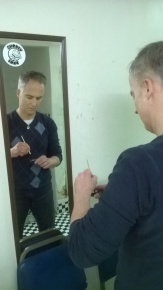 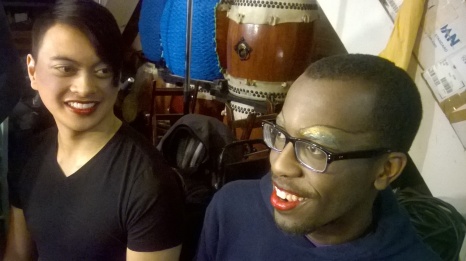 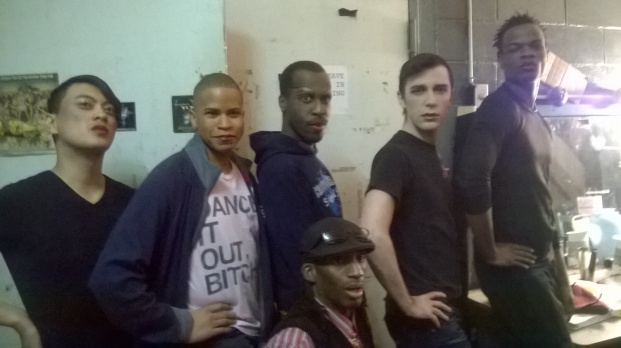 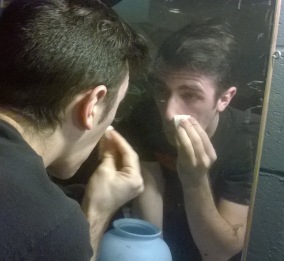