No First Grade Operas – for now

Thanks for nothing, COVID19

On Friday I received the following email from one of the first grade teachers at the Brooklyn Children’s School:

Dear Danny,
The first grade operas have to be postponed. The DOE and our school have cancelled all performances and trips. We don’t know when we can reschedule yet, we are living in the right now and we will give you more information when we have it.

This week the first graders in three classes were to perform the three original operas they started writing last October and rehearsing since January.  Their own classrooms were to be turned into theaters, with painted backdrops and props and costumes, while they perform a 15-20 minute opera with 6 original songs each for an audience of their parents and family.

There was the problem.  30-50 family members crammed into a classroom to watch 25 children perform.  On Friday the Department of Education decided all school performances and trips would be cancelled to help contain the COVID19 outbreak, just like it was decided that all Broadway theaters – or any theater with more than 500 seats – would be closing in New York City.

Those were simpler times… At least before last night we thought the children would still be going to school, even if for the time being no adults would be invited to attend performances:

I think we will be able to have our performance but it will be later. How much later I simply don’t know. We will rehearse in class like we always do but many families have pulled their children out of school and this gets in the way. We will adapt. It’s best to save rehearsal times with you for when we are actually close to the performance date and we will know more later. We will keep the kids ready and we will work on sets etc.

We will talk when we have more info,

I also suggested a workaround should public school performances be cancelled for the rest of the year:

If it turns out performances are cancelled for the rest of the school year, well, hopefully it doesn’t come to that, but if it does, we should know with enough time to use those hours in first grade some other way.   Probably perform just for the other first grade classes, and video tape for the parents.
best,
Danny

But last night Mayor Bill de Blasio announced all schools will be closed until at least April 20.  Just 3 days before the first scheduled performances of operas the children have worked on since October, all has come to a stop.

Maybe, if school does resume after April 20, we will be able to pick up the pieces and conclude the first grade opera project (and my only just commenced work on the Kindergarten Operas, and my work with Pre-K); but who knows?  We are in in uncharted territory.

So, for today, let me share at least one song from each first grade opera.  If the operas are never performed, I will … not finish that sentence, yet; let’s be optimistic and assume that the children will get to share their operas with their families eventually.

Every song and story I share here has been written and composed by the first graders themselves.

Class 1-1’s opera involves four characters stuck in a dungeon, including a baby dragon and a tiger.  The tiger sings a poignant song about how it once was a cute pet, before growing too big and too scary and then being put in the dungeon: 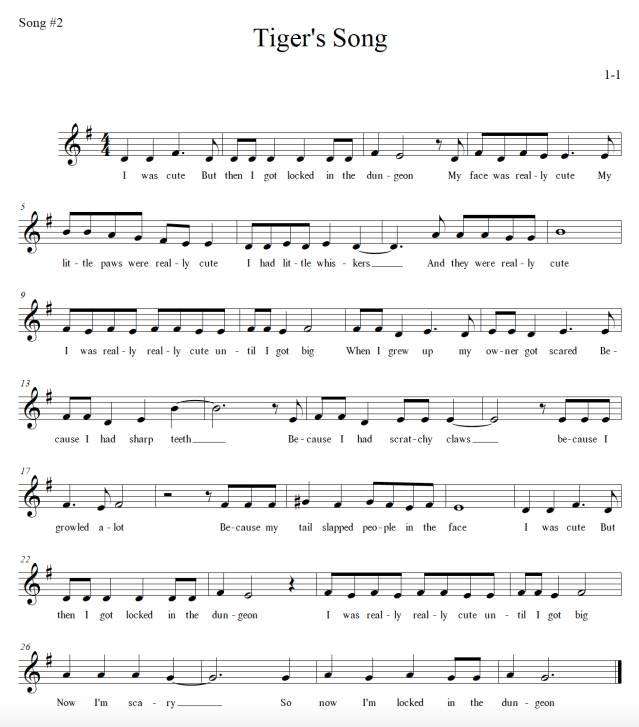 Class 1-2’s opera also features a dragon, and a large cat (in this case a jaguar).  The Earth and the Moon and the Sun are also characters.  This song sets up the complicated relationship between the Earth and the Moon, one that will only get more fraught and lead to a cosmic blow up: 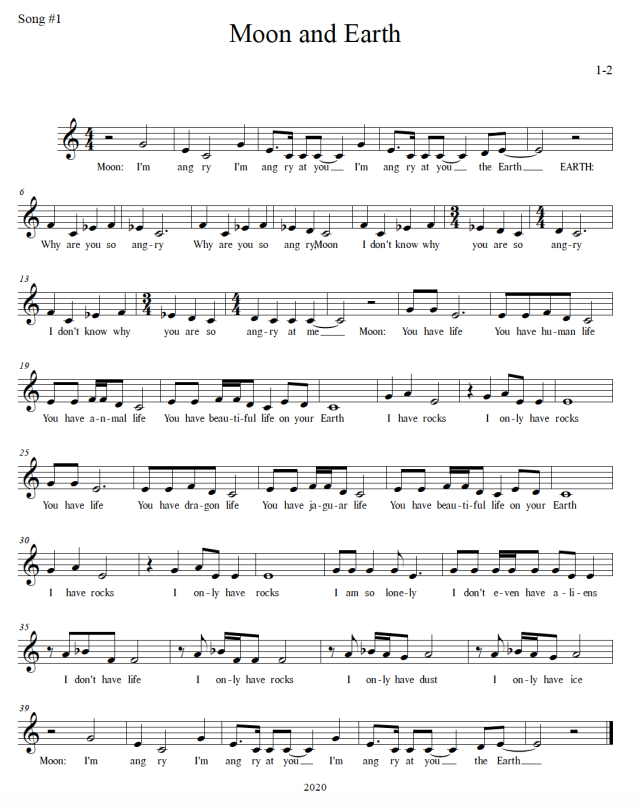 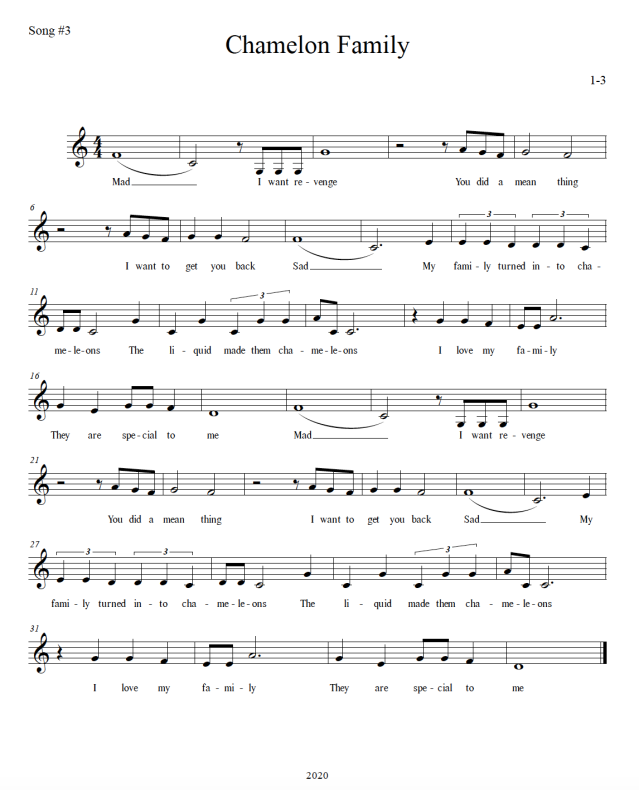 So there’s a little taste of each of this year’s first grade operas.  Hopefully these and the other 15 songs and three adventurous stories will still get their full airing.

Meanwhile I have to contend with unemployment…