A BUCKETFUL OF SFAAF AWARDS

Posted on November 27, 2019 by dannyashkenasi 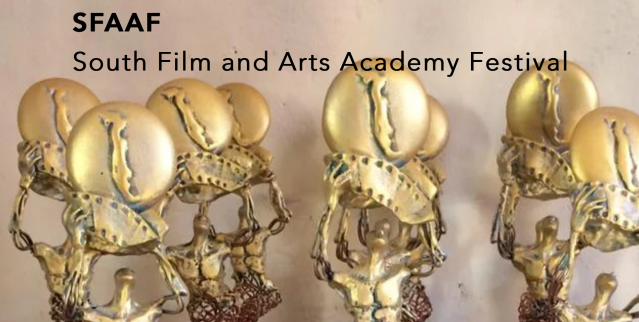 The South Film and Arts Academy Festival just announced their November awards.  And they bestowed a whole bucketful on “The Tell-Tale Heart – a musicabre“.

I submitted to the festival as a short film, even though at 37 minutes we were a bit over their 35 minute cut off for the length of short films (Most festivals have a 40 minute cut off, but longer and shorter cut offs are common).  I had contacted the festival and asked for an exemption, considering the two minutes over the limit are basically the film’s opening and end credits.  They allowed me to submit as a “Horror Short”.

But then they evidently changed their mind, because “The Tell-Tale Heart – a musicabre” was bumped up into the feature length category.  Where it won 5 awards and 2 honorable mentions.  But not as horror feature… 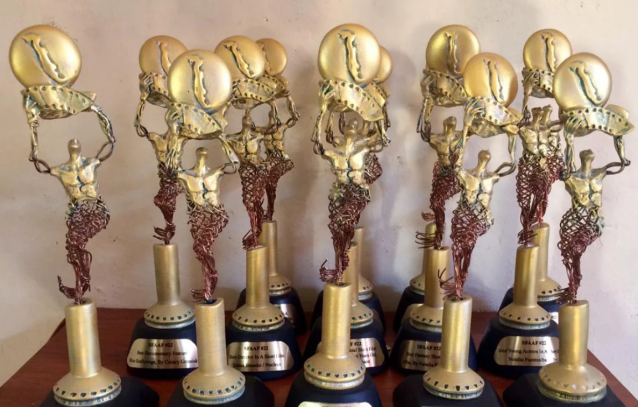 Many film festivals and competitions require you to submit yourself for each category you wish to be placed in for awards consideration.  SFAAF only requires you to submit in a film category – “horror short”, in my case.  They then independently make additional awards choices.  I did not submit our film as a musical feature, nor in the following categories.  SFAAF chose to make these decisions on their own:

I won Best Lead Actor in a Feature Film.

We also got two honorable mentions.

One for the score:

And another for the production team, which includes Edward Elder and Henry Borriello.

So it’s pretty thrilling that with just 37 minutes length we were allowed to play with the big boys of feature length films and be so richly rewarded.

Thank you SFAAF for your generosity!  I’m humbled and very much appreciate the honor. 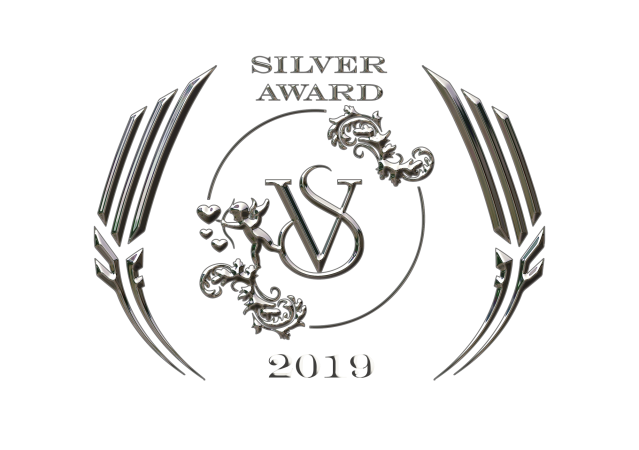 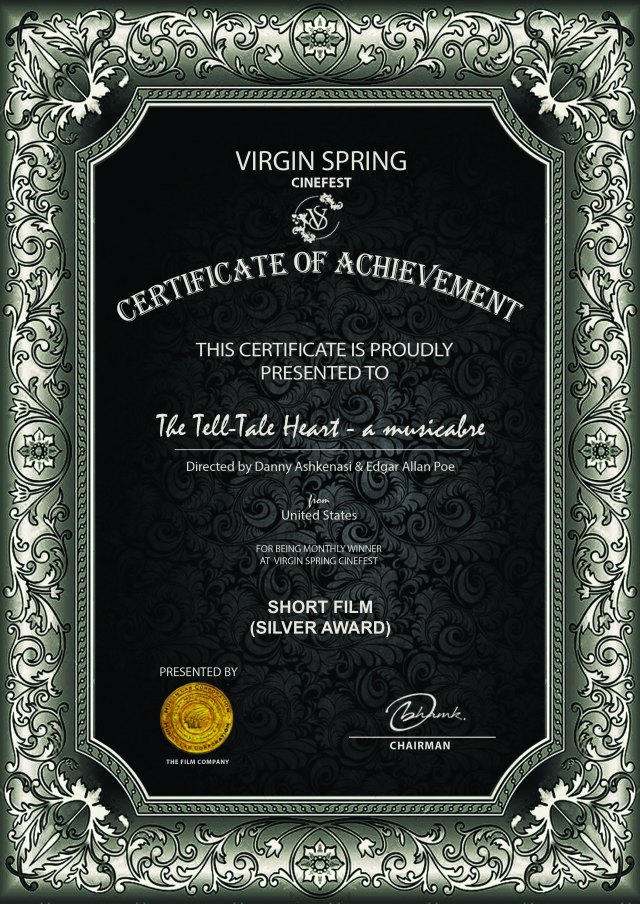 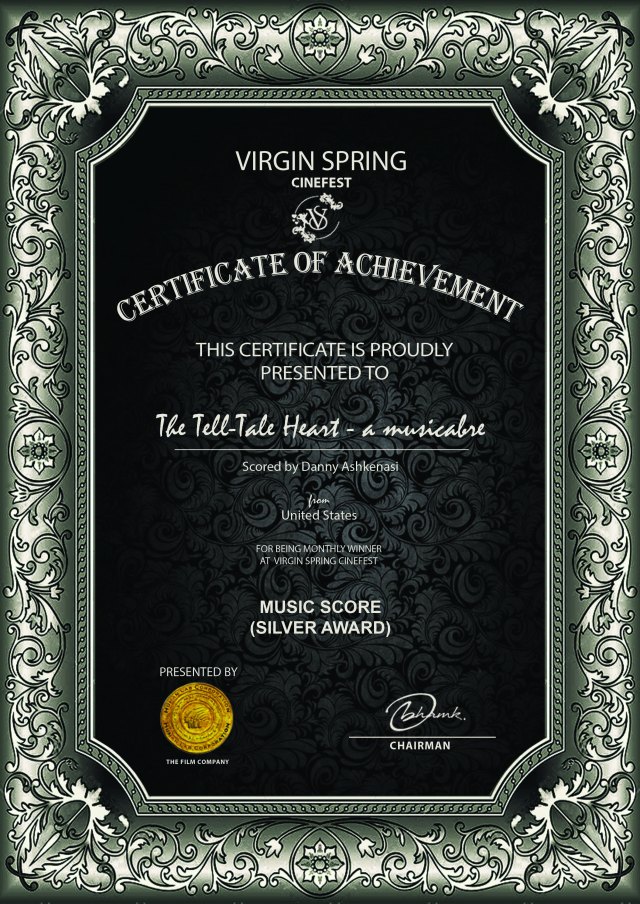