THE DAY I MURDERED MY HUSBAND – Tell-Tale Shoot Diary #3

Welcome back to the “Tell-Tale Heart – a musicabre” film shoot diary, and the day I murdered my husband.  Repeatedly.  Take after take after take.

Edgar Allen Poe’s “The Tell-Tale Heart” centers on a “very very dreadfully nervous (but why will you say that I am mad?)” man recalling how he murdered his housemate.  I musically adapted and performed the piece on stage years ago, and now am producing a short film of the “musicabre”.

Our movie had a six day shoot.  The first set-ups focused on the “flashback” shots of the narrator’s nightly stalking of his sleeping housemate: slowly opening the door, looking in, casting a thin ray of light onto the old man’s closed eye.  It is the pale blue “vulture eye” of the old man that disturbs the narrator so much he resolves to kill to rid himself of it.

Above you can see photographs of the camera monitors during the filming of me as the narrator opening the door and very slowly moving my head into the bedroom.  The monitors show the image in black and white, because that is how the flashback shots will be seen in the final film.

Early during the second day of our shoot we shot the murder; when the narrator, after accidentally awakening the old man during the eighth nightly stalking visit, sees the old man’s vulture eye wide open in terror, and rushes into the room for the assault.  Below you can see me getting ready for action.

And this here is my husband in the bed looking at me adoringly, before we shot the murder sequence.

His character would have no good reason to look at me so trustingly.

We broke down the attack into two shots.  For the first one, Jason Chua, the cinematographer, crouched low between the wall and the bed, looking over Ed’s head as I rushed at him from the door; Jason then stayed close, moving with us, as I pulled Ed out of the bed and threw him down onto the floor.

After two takes of this, a crew member with stunt experience pointed out that it might be a good idea to put cushions on the floor to catch our fall.  I may be murdering the old man, but no need to cause Ed unnecessary hurt.

We shot at least a half dozen takes of me angrily running to the bed, grabbing Ed and pulling him and the bedclothes up off the mattress, tussling with him in a bear hug, and then throwing him onto the ground.  I would tumble on top of Ed at the end of each take. And then plant sweet kisses on his cheek, out of view of the camera.

How’s than for a dysfunctional pas a deux?

Except for that one pic of me at my opening mark, we don’t have photos of that shot being filmed, but we do of the next one.  That’s the shot of the narrator smothering the old man to death with the mattress.  Jason’s camera is low, looking up.  Ed is perched right next to it with his arms held high in a defensive angle.  The camera’s p.o.v. is Ed’s as I grab the mattress and he holds his hands out to keep me from pressing it onto him.  After several seconds of struggle, the mattress is pressed down over the old man and all goes black.  From the audience’s point of view, it is as if the mattress is pressed down over the viewer.

I am not murdering the old man.  I am murdering you.

First 4 photos and these middle 3 taken by Austin Lepri

Jason attached special bolts to the camera apparatus which acted as breaks for the mattress so it would not touch the camera lens itself when I pushed it down to cover the frame.

In the story the narrator holds the mattress down many minutes while he listens to the old man’s heartbeats slowly but surely falter and fade, and finally stop.

But not stop for good.  Those heartbeats will come back to haunt the narrator in the story’s famous finale.

For now, I will leave you with screen shots of me murdering my husband as recorded in black and white by the camera.  It looks horrible, but remember, after each take I gave Ed sweet kisses.

Whether that softens the horror or just adds to the creepiness of it all, I’ll leave to you to ponder. 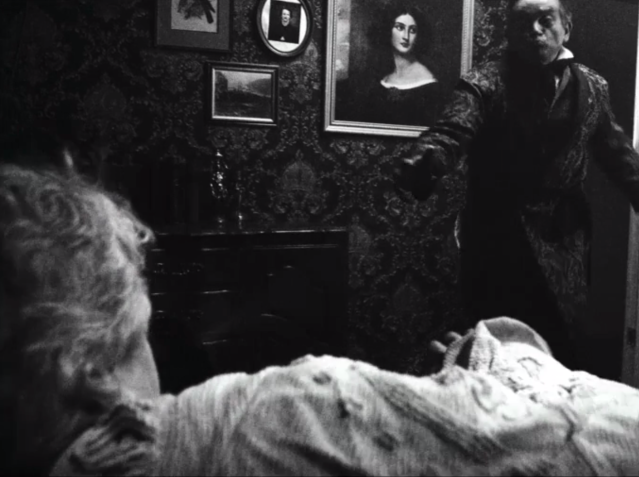 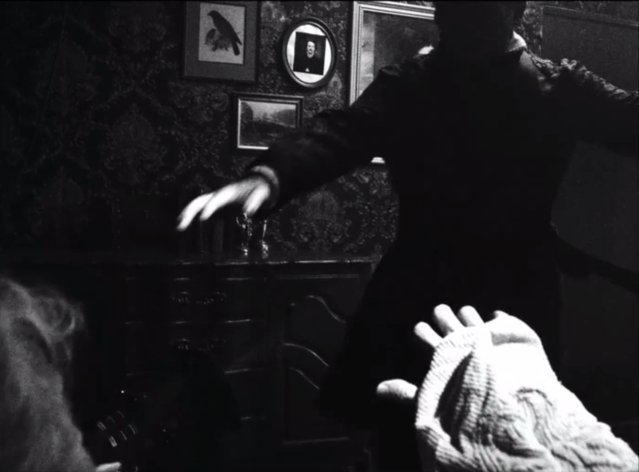 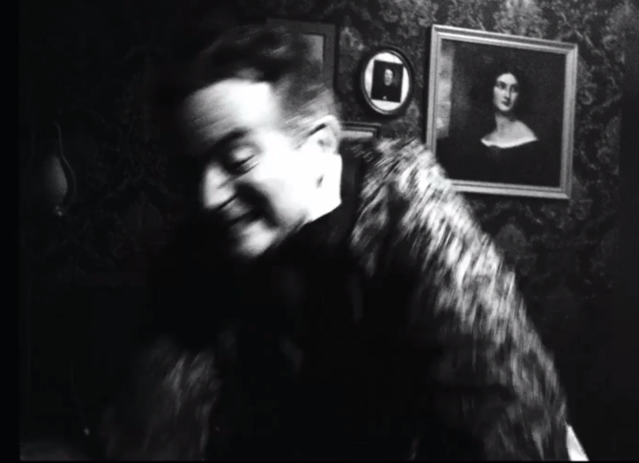 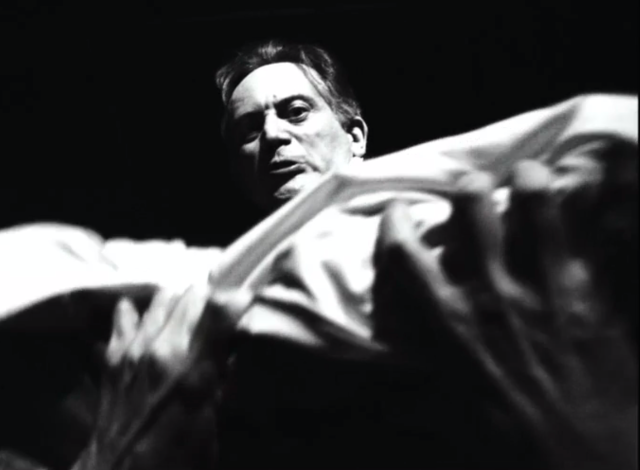 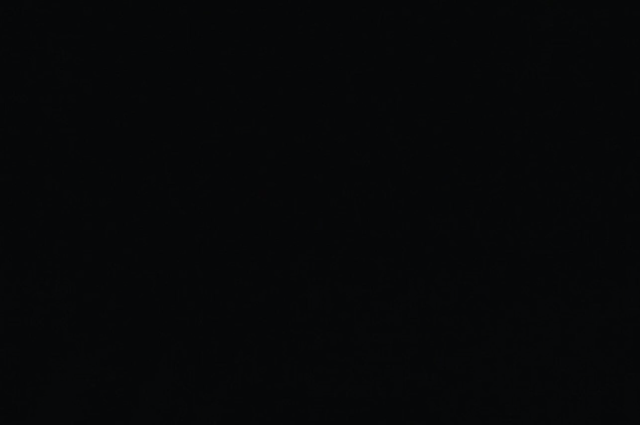 “I then smiled gaily

to find the deed so far done.”