It’s my husband Ed’s birthday today.  And among his wrapped birthday presents he will find another viola piano duet, another Evocation.  We’ve been together 25 years, so this year it’s Evocation XXV.  (Read stories about some of the other Evocations here, here, here and here.)  Yet there will be something different about this particular Evocation, something unlike all the others.

For one, it isn’t completely my own composition but a collaboration, or rather a variation on a classic composition.  By none other than Glenn Miller.  For another, it is a composition that came to me in a dream.

I’ve heard of artists, especially writers or composers, tell of ideas coming to them in their dreams, yet I don’t recall this ever happening to me before.  But several weeks ago I dreamed of the melody of Glenn Miller’s 1939 jazz band evergreen “Moonlight Serenade” being played by Ed on the viola, while I was working out the original accompaniment figures on the piano.  I woke up vividly remembering the dream, especially the music (Normally I tend to forget my dreams swiftly upon awakening).  And I thought, well, there is an idea.  I hadn’t yet composed this year’s Evocation.  I had no ideas for it yet.  There were only a few weeks left to compose it before Ed’s birthday, but I don’t think I was feeling the pressure yet.  Perhaps subconsciously I was?  And thus the dream?  Either way, I took heed of the dream, and decided the next Evocation would adapt the main themes of the Moonlight Serenade for viola and piano and then continue the composition with some variations and digressions à la Ashkenasi.

I realized that morning right away that this would end up being a more ambitious, time consuming writing process than most of the more recent Evocations.  But the idea was formed.  And I submitted to it.  In composing, as in life, it’s probably not advisable to deny oneself one’s dreams.

Here is how it turned out, as performed (sigh) by a soulless computer program (Ed and I will likely give it a premiere whirl on actual live instruments later today): 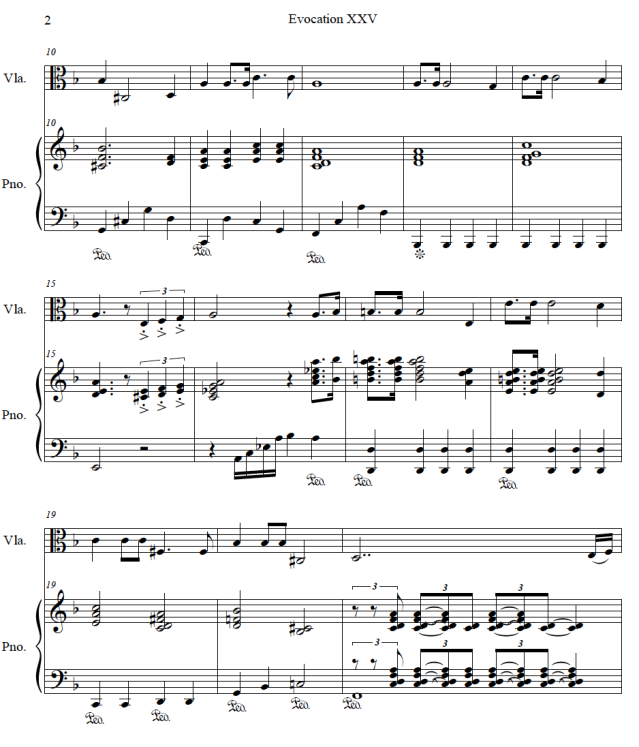 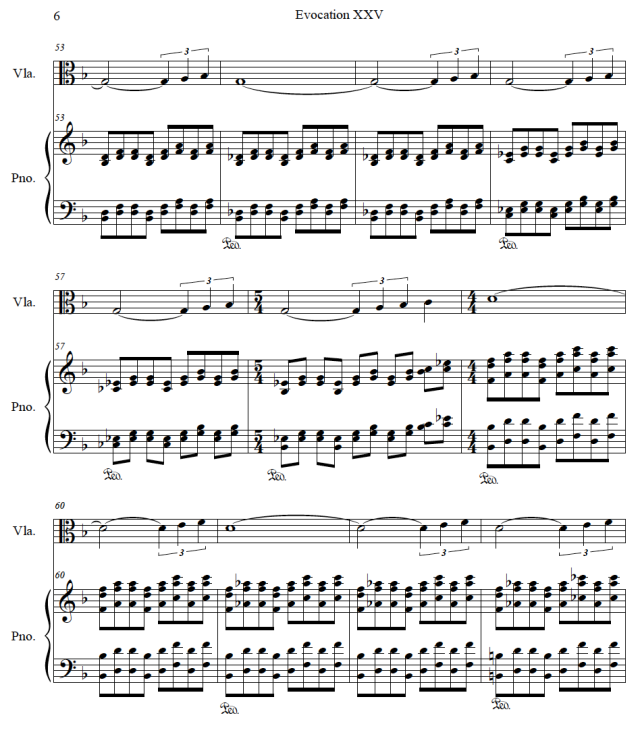 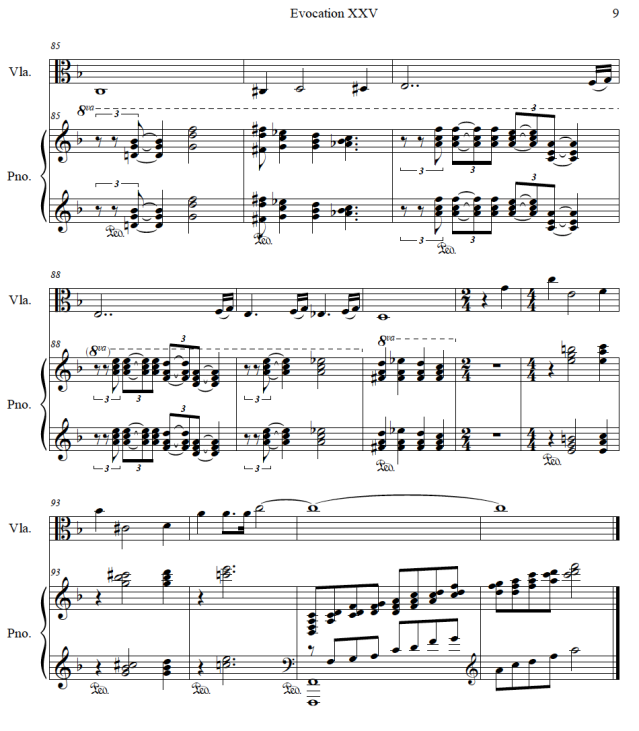