Posted on January 4, 2016 by dannyashkenasi 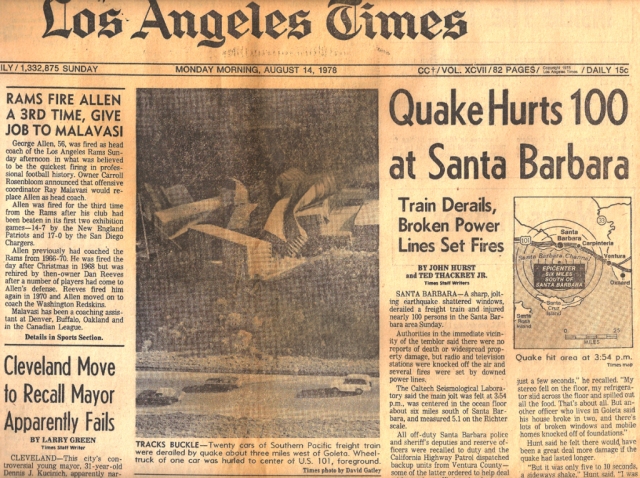 I was standing near my croquet ball holding my mallet waiting my turn when we heard the rumbling.

First thing I saw was the house shaking.  A one story ranch style house made with vertical wooden slats, which were now oscillating like crazed window wipers or a vigorously wafted lady’s fan.

The first unbidden thought that came to my head: “Is Daddy mad?”

I was imagining my father, who was inside this house, turned into the Incredible Hulk, the 1970’s TV series Lou Ferrigno version, angrily shaking the walls from within.  Back then my father did have a bit of a temper fueled by high blood pressure, but still, to credit him with this kind of an outburst was monstrously unfair, even for an eleven year old’s subconscious.

But then my father came tearing out of the house, head down, and I realized he couldn’t be the cause of this wild shaking.

My parents’ friend, whose home we were visiting and in whose garden we were playing croquet, shouted: “Earthquake!”

This article’s Mystery Musical Accompaniment – (there’s gotta be some sort of musical or artistic tie in for this blog, I suppose…) 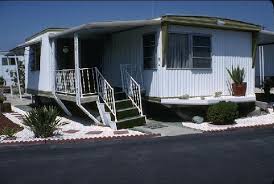 So far only seconds had passed. The full measure of the quake was still to hit us.

I then saw what would be one of the strangest sights I have ever beheld. The ground started to ripple.  The lawn turned into a lake of grass over which four inch high waves were quickly undulating.

As the ripples over the ground reached me I felt myself riding the waves.  Still holding my mallet and standing perhaps dangerously close to a tree, I felt myself bobbing up and around, as if I was riding a spinning top.

My Mom looked at me in alarm over the 20 yards that separated me from where she was standing by the terrace with our friend, now joined by my house fleeing father.  But before anything more could be done to call me away from the worrisome tree right behind me, the wild ride ended.  The house settled back to its regular upright position.  The tree behind me stayed put. My croquet ball was still near my foot, having ridden the waves of earth by my side. 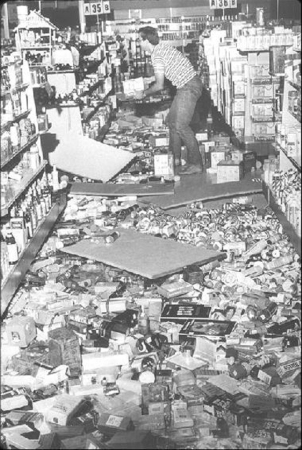 All talk at the garden party was now focused on the seismic event we had all just experienced, luckily unscathed.  The croquet game was abandoned. This was the August 13, 1978, Santa Barbara Earthquake.  TV reports would initially tell us it was a 5.1 event with the epicenter in the ocean near the coastal city, but later readings would put official numbers at between 5.1 to 5.7, depending on where the readings were held.  There were many minor injuries but no deaths, although as we learned later, there were close calls.

When we drove home from our friends’ to our house on the coast by the Santa Barbara University campus, where we were spending that summer, we had to take the long way around, because the campus grounds were closed to traffic: several dangerous snakes had escaped the university lab because of the earthquake.  All the pictures in the house were now hanging crooked, and the refrigerator, which must have weighed a ton, had been jostled several inches away from its regular perch. 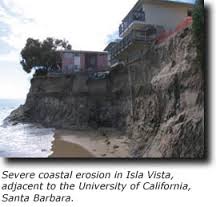 Our house was near the cliffs that overlooked the Santa Barbara beach, with just about 50 yards between the building and the drop below.  One student, who had been sunning himself in that spot between house and cliff edge when the earthquake hit, seriously considered jumping off the cliff edge because of the dangerous way the house had been shaking, alarming him with the possibility that it may collapse onto him.  Luckily the house remained intact, and he didn’t break any bones or worse from a 50 foot leap to the sandy beach below.

Most injures were sustained from falling objects in supermarkets and glass from broken windows.  The radio dj broadcasting from the tallest building in Santa Barbara reported that he was aggressively tossed about on the 6th floor, where the effects of the tremblor were felt with greater force. 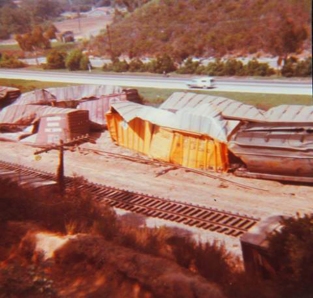 The most dangerous calamity was the derailment of a freight train caused by tracks dislodged by the earthquake.  Several train wheels weighing a ton each rolled over the nearby highway.  Luckily none struck any cars.  Otherwise fatalities would have been inevitable.  Drivers recalled that the earthquake caused them to believe they had four blown tires all at once.

I now had experienced an earthquake, major enough to make a big impression, but mild enough not to cause any significant trauma.  Several aftershocks were reported in the upcoming days, but I slept through them all.  The Santa Barbara earthquake of 1978 was the strongest felt in the States that year, but as far as news worthiness it didn’t have much of a ripple effect, and nowadays is mostly forgotten.  Except by people like me, for whom it has become their favored personal “earthquake anecdote”.

1 Response to MY 1978 SANTA BARBARA EARTHQUAKE