A Halloween Treat: THE TELL-TALE HEART – A MUSICABRE and the roommate from hell who planted its seed

Posted on October 28, 2015 by dannyashkenasi

The Tell-Tale Heart is the ultimate bad roommate story, as it is the first person narrative of a young lodger who is spooked by the “vulture eye” of his house mate and decides “to take the life of the old man and thus rid [himself] of the eye forever”.  It all goes famously horribly wrong, what with murder and cut up body parts under the floor boards and the phantom heart beat of the victim driving the killer to hysterical confession of the crime.

The story may resonate particularly in New York City, where the economics of housing force so many to live in shares.  Among the 8 million stories of the city are likely 4 million “crazy roommate tales”, maybe not as extreme as Poe’s but harrowing enough.  It should come as no surprise then that the seed to “The Tell-Tale Heart – a musicabre” was planted by an increasingly unhinged roommate of mine 23 years ago.

Adapting Poe’s text faithfully word for word, albeit eliding  “is” and “in” a few times or repeating key phrases and sentences for musical effect (plus at one point restating the same idea with synonyms, also for musical reasons – kudos to the sharp mind who can discover that section of lyrical invention on my part), “The Tell-Tale Heart – a musicabre” is a solo piece for a singer/actor, accompanied by three cellos.  This pocket-sized piece is somewhat of a hybrid between musical and chamber opera, I never could say which with certainty, but it is most definitely a one-act horror show, so I chose to classify it as a “musicabre”, mashing up musical and macabre into a novel term.

I wrote and performed “The Tell-Tale Heart – a musicabre” when the Metropolitan Playhouse invited me to create a piece for their inaugural American Literary Festival focused on Edgar Allan Poe, and going up in early 2006.  But I had been working with the text, or at least the first part of the text, beginning with “true – nervous – very very dreadfully nervous” up to “I was never kinder to the old man than during the whole week before I killed him”, as a stealth classical monologue I would whip out for particular acting auditions.  There weren’t many where that monologue was appropriate, but I really enjoyed doing it whenever the chance presented itself.

My escalatingly unhinged roommate of 1992 had suggested I learn “The Tell-Tale Heart”.  He sized me up and decided I was half angel, half devil, and would do very well playing a deceptively sweet psychopath.  This was when he himself was still deceptively sane and centered, a classically trained actor with a professorial demeanor.  I was subletting a windowless room in his basement apartment.  My room was barely more than a closet, but the apartment was nice, and even better, we had a backyard garden where I spent many hours during the spring and summer months right after I moved in.  Unfortunately by the onset of a cold fall, the garden was less inviting, and my professorial roommate was going alarmingly off the rails. 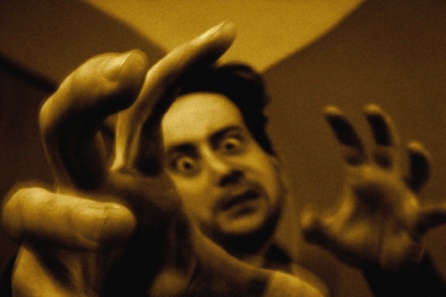 The bloom was already coming off during the summer, when he started indulging in cocaine.  But that at least put him in a good mood.  I didn’t like to see the drug abuse, but at worst it made him a little cooky, in a harmlessly over-jovial way.  Things got bad in the fall, when the money windfall that helped supply the coke in the summer dried up, and he turned to red wine as a substitute.  He became a mean drunk.  Belligerent, unpredictable, alarming.  My friends and my parents all told me to get out of there.  I was gone by November.

My new home was in the same neighborhood, so I would still see him occasionally over the years.  I could always tell whether he was in his sober period, his wine period, or more rarely, his cocaine period.  Several years later, after Ed and I had moved to Brooklyn, I got a call from a woman, who found my name in my old roommate’s phone book, informing me he had died.  She didn’t specify what exactly had caused his death, only that it was something that took its course over some time.  He would have been in his late fifties, or early sixties at most when he passed.

My old roommate didn’t lay a finger on me, nor did he watch over me while I slept – as far as I know – but he did become alarmingly erratic and increasingly angry, especially with the alcohol consumption, in the final weeks of me living in his apartment.  Right after I gave him notice I would be moving out by the end of the month, he started drinking less and became less scary to be around.  He almost was the convivial professor I first knew again.  I was still very relieved to get out of there when I did. 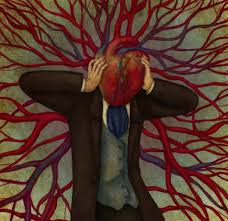 And I took with me a love of Poe’s “The Tell-Tale Heart” which eventually would be translated to the musicabre you can enjoy here.  The tenor Edward Franko performed it in Toronto, and I performed it in New York on several occasions, winning the FringeNYC Award for Outstanding Music and Lyrics in 2006 – which was a lovely honor, but is was also a bit odd to win an award for writing lyrics, when, except for those few phrases, all the words in the piece are the original Poe, in the order he wrote them, albeit with the occasional minor elisions and a couple repetitions and restatements of earlier heard phrases.  Well, that, and the in-the-heat-of -the moment paraphrasing during the climax of the live recording, where I, in emulating losing my mind completely, also lose the exact wording of a few choice spoken phrases (naturally the sung phrases remain word perfect…). 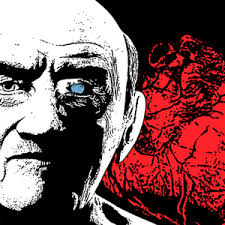