HOW MANY WAYS CAN ONE BE A CREEP? And does it ever stop being so “fuckin’ special”?

Posted on September 28, 2015 by dannyashkenasi

Who could have imagined that Radiohead’s “Creep”, that dark, spiky, idiosyncratic paean to self-loathing, would become one of the most covered rock songs from the 1990’s?  It’s not only recorded by a huge variety of artists, but also covered in a rather dizzying variety of styles and attitudes.

The original version, a classic of 1990’s alternative rock is the internal monologue of an awkward young man as he tries to make conversation with a woman, or maybe just follows her like a stalker at a party.  He thinks she’s an “angel”, but considers himself a “creep” who doesn’t “belong here”.  His extreme self-loathing ultimately becomes a self-fulfilling prophecy when the woman extricates herself from his attentions (“She’s running out the door”) and he’s left licking his wounds (“Whatever makes you happy”).  The lines between his self-loathing, his crush, and a certain aggression against the woman herself are ultimately blurred.  By the end his declaring her “so fucking special” sounds as admiring as it sounds angry.  No wonder she runs out the door.

The particulars of Radiohead’s 1992 recording, the quality of the male vocal, recessive and haltingly melodic on the verses, then soaring in elongated falsetto on the bridge, combined with clustering guitar chords that slash into the song before threatening to overwhelm the singer on the choruses, make the original so distinctive and so seemingly dependent on its unique elements to succeed artistically, that one could have reasonably suspected at the time that this is one of those pop/rock songs that belong solely to the original artists, succeed because of the particular qualities of the recording and don’t lend themselves well to copying or reinterpretation.  And oh, how one would have turned out to be wrong (for better and for worse).

Listen to the above version of “Creep” by Scala & Kolacny Brothers, a Belgian Girls Choir, singing live accompanied only by a piano.  As I indicated already, there are many versions of “Creep”, in many extremely different styles, but this is my personal favorite.  It was famously and very effectively used as the music for the trailer for the movie “The Social Network”.  A girl’s choir is probably vocally as polar opposite from Radiohead’s pinched male vocals as one could get.  However, the fact that the voices sound so young – before I saw a photo of the group, I imagined these could be middle school girls singing – imbues this version with a healthy dose of adolescent anxieties.  I can easily picture an teenage girl feeling as awkward and self-loathing as the Radiohead protagonist.  And the slow tempo, the plaintive singing, the menacing whispering of “I wish I was special” is ineffably sad, haunting, and suitably creepy. 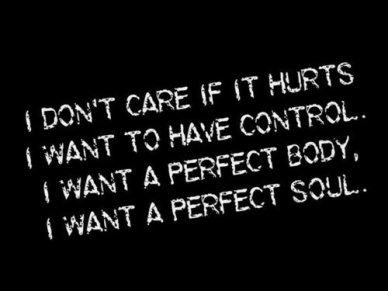 “Creep” and Girls with Guitars

But how did this vogue and eventual avalanche of “Creep” covers begin?  It looks like credit is due to Chrissie Hynde and the Pretenders.

Creep – Chrissie Hynde and the Pretenders

In 1996 they covered the song to great acclaim at a concert.  The live recording was released in 2006 as part of a greatest hits album.  From what I can ascertain (and correct me if I missed something), Chrissie Hynde was the first major artist to cover “Creep”, not only inspiring a slew of other artists to do the same, but also inspiring a slew of “girl singers with guitars” to record their coffee house gig versions. 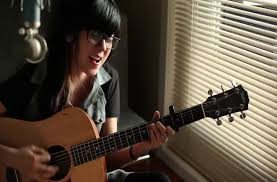 Of those, my favorite is Daniela Andrade’s.  She will not be the only singer to substitute “You’re so fucking special” with the more family friendly ”You’re so very special”.  In fact, Radiohead themselves recorded a censored version in order to get US radio play.  I’m not a big fan of using curse words.  But there are times when they make potent, artistic sense, and this is one of those times.  “You’re so very special” sadly neuters the true impact of the song.

“Creep” gets its Jazz licks

Turns out “Creep” makes for good jazz, albeit it with a healthy dose of irony.  One of the earliest jazz recordings of “Creep” is by Karen Souza.  Hard to believe this gorgeous woman could come across as a creep, but her vocal stylings do seem to evoke someone who has had a few drinks too many and can barely stay standing.  She doesn’t even bother trying to sing the high, plaintive bridge, the better to barely make it to the end of the song and be carried off to bed to sleep it off.

A completely different kind of jazz creep, of the phony Vegas lounge lizard variety, is impersonated by the ingeniously named Richard Cheese.  In order to stay in full out parody mode, Richard also eschews the cri de coeur of the bridge by performing it as a whistle solo, throws in a groaner of an aside, and then tacks on a lunatic allusion to “Also Sprach Zarathustra” at the end for reasons I cannot fathom.  But boy it is fun!

The most popular Jazz inflected version of “Creep” (according to Itunes and Wikipedia) is sung by Haley Reinhart with Scott Bradlee’s Postmodern Jukebox.  The Postmodern Jukebox has a growing catalog of slightly ironic but tastefully arranged jazz versions of modern pop songs, and Haley Reinhart, who had already established herself as a singer who can deftly blend rock and jazz styles during her run as a finalist on American Idol in 2011, adds extra force and wails to Karen Souza’s more subtly inebriated approach to the song, including singing the bridge in full on falling down drunk mode.  Then she forces the band into a ridiculous key change, in order to belt out even louder. 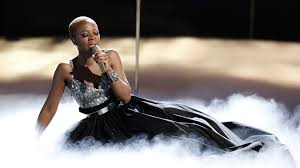 Haley’s American Idol connection brings us to those pervasive TV voice competitions like American Idol and The Voice.  And the question what are these gorgeous glowing-with-talent idols doing trying to convince us they are creeps?  At least Kimberly Nichole, who sang her version of “Creep” on The Voice a mere month after Haley Reinhart’s version was released, took a page from Scott Bradlee’s Postmodern Jukebox and went for a jazz inflected version that doesn’t stint on the crazy, and, like Haley and Chrissie and Daniela and all those Belgian girls, sings the bridge lyrics sticking to the female gender (“She’s running out the door”), which adds a level of conflicted sexual identity to the proceedings, justifying why it might be possible that such beautiful, seemingly together women could be singing this song.

Jena Irene on American Idol however switches the “she” to “he”.  And it’s hard to see what about the wholesome and beautiful image of Jena Malone would make a guy turn and run out of the door.  Not a note of her 2014 “American Idol Top 7” performance sounds awkward or creepy to me.  Nor very special.  It’s sonically pleasing middle-of-the-road pop, rather lovely to listen to, and arranged to lie perfectly in Ms. Irene’s vocal sweet spots.  Nothing too extreme, emotionally or musically.  Nothing spiky or disconcerting.  Pure pleasant professional pop.  Kinda misses the point of the song though, doesn’t it?

As would a duet version of “Creep”, right?  The song is about one person’s alienation and self-loathing.  Why would two people sing it to each other?  But that is the duet The Voice gave us 2011 by pairing up contestants Devon Barley & Rebecca Loebe.  Which inevitably lead to TV’s gleeful musical magpie “Glee” doing their duet version of “Creep” in season four, featuring yet another Idol veteran, Australian Idol’s Dean Geyer (#3 in 2006).  Somehow Glee manufactured a plot turn that would allow his character and Lea Michele’s Rachel to both feel like creeps in their relationship.  Like many Glee musical numbers it felt like a barely justified reason to get the kids to sing a cool song, but because Dean and especially Lea do such a good job of it, I’m happy just to bask in the glorious sound of it all and damn the sense of it all. 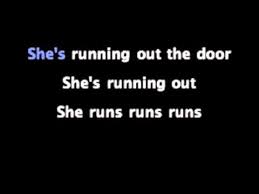