SNOW WHITE and the SEVEN HOS: an SCA Benefit Performance

I quickly realized I was going to learn a lot of new things (and I know things now, many wonderful things, that I never knew before… wait, no, that’s a very different fairy tale musical) at this benefit performance of “Snow White and the Seven Hos”, a fundraiser for S.C.A. – Sexual Compulsives Anonymous, a support group that primarily serves Gay Men with Sex Addiction issues.  Ed and I were invited to attend by a friend who knows the amateur performers, all of whom are listed only by their first name and an initial in the program.  Evidently this fundraiser is an annual affair.  Previous musical appropriations included a legendarily hilarious “Sunset Boulevard” as well as “The Sound of Music” (with the Van Tramps).

It was a fun, clever and bawdy affair.  The level of bawdiness reportedly did cause a bit of controversy within the group.  Although the musical parody’s message was clearly about overcoming sexual addiction and destructive behavior, the very ribald nature of some of the dialog and rewriting of classic Disney tunes caused some SCA members to question whether or not some of show would not actually act as “triggers” for some in the audience.  As the program preemptively stated: “In future show planning meetings, we will take group conscience on the use of graphic language in our shows”.

I however in good conscience had a grand old time with the spirited performances, the very clever rewriting of the Disney Songbook, and I learned some things too!

The fun began already with a program that was designed to look like the guide map of the Magic Kingdom, only here the attractions included “Triggerland” (“Be prepared! Learn how to face your triggers head on in this realistically triggering land”) with rides like the Astro-App orbiter (“Apps take hold of you and spin you out of control”) and the Mad Tea-Room Party and the Haunted Bath House.  There’s also “Recoveryland”, with rides like It’s a Sober World and the Audio-Animatronic figures of Hall of Past Addicts, and “Promiseland”, where you find the Serenity Gardens and HP’s Magic Carpet Ride (“Let HP take the driver’s seat and do for us what we could not do for ourselves” – HP stands for Higher Power).

The show itself opened with the Evil Queen (“Evil Queen!” someone yells; “John Travolta?” someone else asks.).   A hairdresser who imperiously runs his own salon, he hears that Prince Charming is about to celebrate a year of Sexual Sobriety, and on that day he will marry the Most Sober of Them All.  The Evil Queen expects that should be him, but his Magic Mirror informs him that actually Snow White is the Most Sober of Them All.  The Prince is already in love with Snow White (who is introduced in an imaginative rewriting of the opening number “Belle” from Beauty and the Beast) and intends to choose him for his bride when he hits his sobriety milestone.  Together they extol the joys of “Monogamy” to the tune of Aladdin’s “A Whole New World”.  At this point I was wondering if a sexual addict in recovery was required to abstain from sex altogether as part of his recovery program.  The answer would present itself in a couple of musical numbers.

The Evil Queen (“Evil Queen!” “Tom Cruise?”) forces his two henchmen Tim and Tom to seduce Snow White and thus destroy his Sobriety record.  They steal a tune from Aladdin’s Genie and sing “You’ve Never had a Lay Like Me”.  Snow White resists temptation, but heeds the henchmen’s warning to flee the Magic Kingdom.  He also gives them his red panties so they can fool the Evil Queen into believing they succeeded in seducing Snow White.

Snow White meets the Seven Dwarfs (“we slut slut slut slut slut slut slut in our homes the whole day through” and learns about their heretofore already detailed sexual addictions issues (all sing “We’re a Mess” to the tune of “Be Our Guest”).  Snow White teaches them all about Sexual Compulsives Anonymous and how to count the days of sobriety on the road to recovery, and that sexual sobriety doesn’t mean sexual abstinence, but abstaining from those behaviors which are compulsive and self-destructive, which can be different for any individual (all this was much more fun in performance than in my description, I swear).

This leads to a particularly inspirational rendition of “Color of the Wind” from Pocohantas, only here the lyrics are rewritten with the admonishment to “keep your dick out of the wind” (a lyric some in the SCA community were particularly concerned about being “triggering”).  Snow White also volunteers to be a SCA sponsor to all the dwarfs and teaches them to “Make a Little Phone Call” (Pinocchio’s “Give a Little Whistle”) when they face a triggering situation.

The Evil Queen (“Evil Queen!” “Marcus Bachman?” – OK, I added that one myself, but it’s too much fun) discovers Snow White’s hide-out and makes plan for Snow to experience a “Poor Unfortunate Slip” (The Little Mermaid’s “Poor Unfortunate Souls”).  Also borrowing from The Little Mermaid, the Queen’s Magic Mirror wishes he could “Share in their Parts”; he wants to be well hung, but not on a wall. 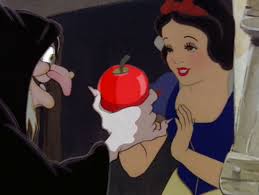 The Evil Queen (“Evil Queen!” “Dennis Hastert?” – sorry, me again) disguises himself as Peter Carnes, who in the real world wrote the book on sex addiction, and thus gains Snow White’s trust.  He presents Snow with an Apple Ipad, which is loaded with a sex App that puts Snow White into a state of catatonia.  Prince Charming arrives to marry Snow, but the Evil Queen in a resplendent wedding dress insists he must now choose him instead. 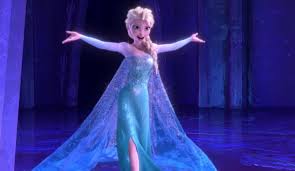 The Deus Ex Machina arrives in the person of Walt D., Snow White’s sponsor.  Sleepy called him, because with his sponsor Snow White in a sex app coma, the next step was to reach out to his sponsor’s sponsor, or grand-sponsor.  Walt D. and Sleepy sing an inspirational duet “Let it Go and Let God” (do I need to point out which song that appropriated?).  Snow White is awakened and redeemed due in part to the fact that all Ipads are so quickly rendered obsolete by technological advances.  Snow White marries his Prince Charming and everybody sings a spirited finale called “Sobriety” (and I have been unsuccessful in pinpointing the Disney song it was based on; it sounded like something from Newsies).

Congratulations to all participants of SCA on “Snow White and the Seven Hos”, a fun show cleverly written and spiritedly performed.  And especially congratulations on their Sobriety!

2 Responses to SNOW WHITE and the SEVEN HOS: an SCA Benefit Performance